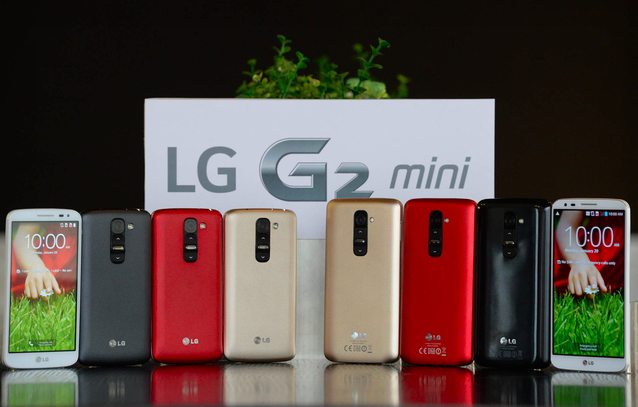 LG teased the G2 mini last week, but we now have confirmation of its specs, and they’re not exactly inspiring. Clearly aimed at the same crowd at the oversized, underpowered Nokia Lumia 625, the 4.7-inch G2 mini looks like its sibling, but lacks the processing power and screen resolution.

The 4.7-inch display sports a 960×540 qHD resolution, though it is an IPS panel, so viewing angles should be good. There is a quad-core 1.2Ghz Snapdragon 400 processor, the same one as found in the Moto G — quite capable, but nothing to write home about. There’s also 1GB of RAM, 8GB of internal storage with a microSD slot, an 8MP rear camera, a 1.3MP front-facing camera, and Android 4.4 KitKat.

There will be dual-SIM and non-LTE variants, too, so you can be sure this is not aimed at the North American market. Expect it to go on sale in Russia in March, with Europe and Asia following shortly thereafter. I wouldn’t be surprised if Canada never sees a whiff of this product.