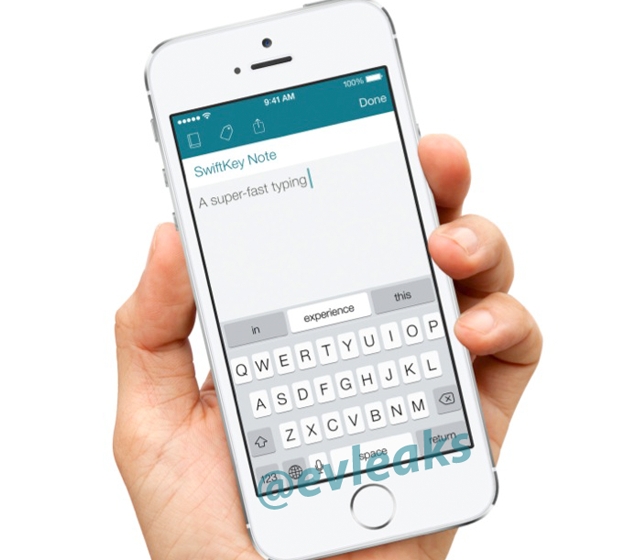 According to @evleaks, SwiftKey is coming to iOS, but not in the form you think (or necessarily want). The company is reportedly readying a note-taking app titled, aptly, SwiftKey Note.

The leaked screenshot shows a minimal-looking iOS 7-friendly note-taking app with a keyboard that looks similar to the platform’s default design, but above it is the familiar SwiftKey autocorrect line Android users love and trust. It’s unclear whether Note will be a standalone app or if it will be offered to developers alongside an SDK for third-party app integration. It appears, at least in its current form, that SwiftKey Note will be used to type large swaths of text into the blank screen using SwiftKey’s excellent autocorrect to save for reference or export into other apps.

There’s no word on when Note will launch, but SwiftKey has often indicated that they are interested in working outside the realm of Android development. The company is thought to power BlackBerry 10’s excellent virtual keyboard, and has worked with OEMs like Samsung to improve out-of-box keyboard experiences.

Fleksy, another Android-focused keyboard developer, recently released its own SDK for iOS developers, but integration into apps has so far been slow. As iOS has aged, the backlash against its static and non-customizable keyboard has grown in vehemence, so a SwiftKey SDK may be exactly what the platform needs. 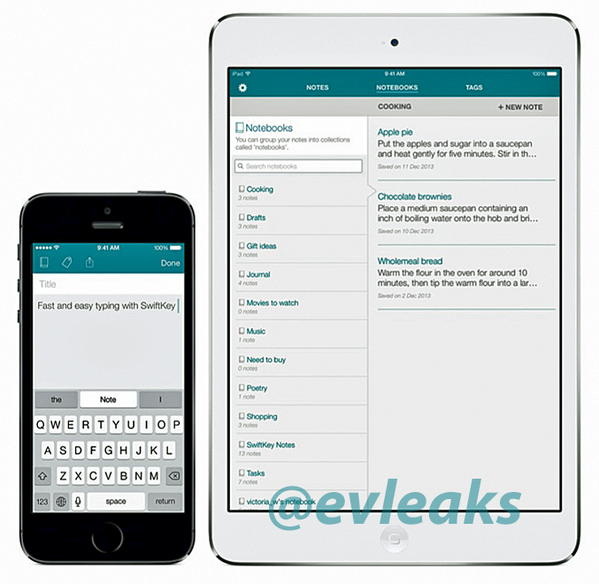 Update: @evleaks has posted another picture of the “SwiftKey Note for iOS.” The previous pic above showed how the note taking app would look on the iPhone, this newest image showcases how the app will function on the iPad. The app shows similar features to other note-taking apps with the ability to “group your notes into collections called “notebooks.” Still no word on when it’ll be available or at what cost. – IH