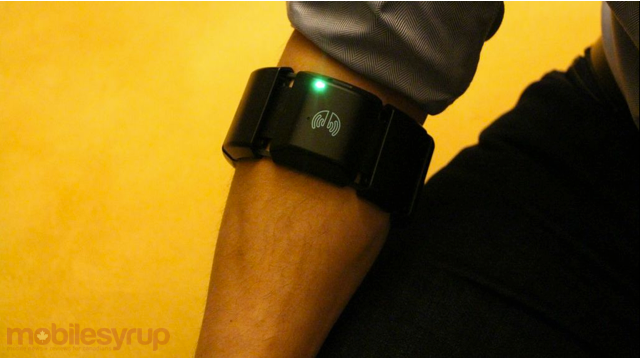 This year is going to be big for Kitchener startup, Thalmic Labs. The company made waves last year by announcing a gesture-control armband, Myo and later this year, they will finally bring this technology to market.

The Myo is set to change the way we interact with computing through the use of gesture, unfettered from wires or cameras. The Myo uses the kinetic energy and motion stored in your arm to move and execute applications on Bluetooth connected devices, be it a tablet, smartphone or computer.

In December, Thalmic began to ship out alpha units to a small number of hand-picked developers and strategic partners. The team is working hard to make sure that there are apps that users will be able to use when they take their Myo out of the box.

Thalmic Labs gave MobileSyrup a preview of the alpha unit at CES yesterday complete with demos to show it in action. 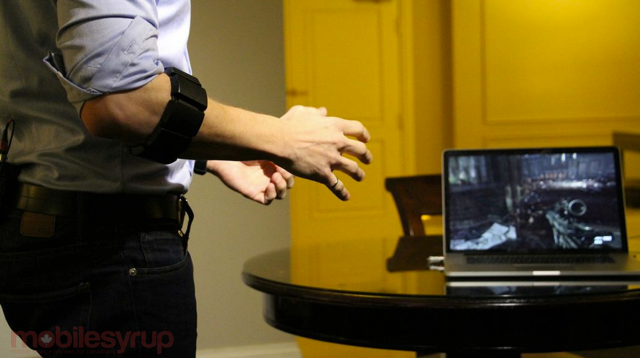 The Myo has come a long way from the last time I saw it back in September at the Next36 Wearable Tech Hackathon in Toronto. The device we saw yesterday is extremely polished, stable and functional. They definitely seem on track to deliver units the first half of this year.

Co-Founder Aaron Grant told us that the current alpha unit is thicker than what the final device will look like when it gets in the hands of those that pre-ordered. We also learned that the device will come with a dongle to connect with computers that don’t have Bluetooth 4.0. 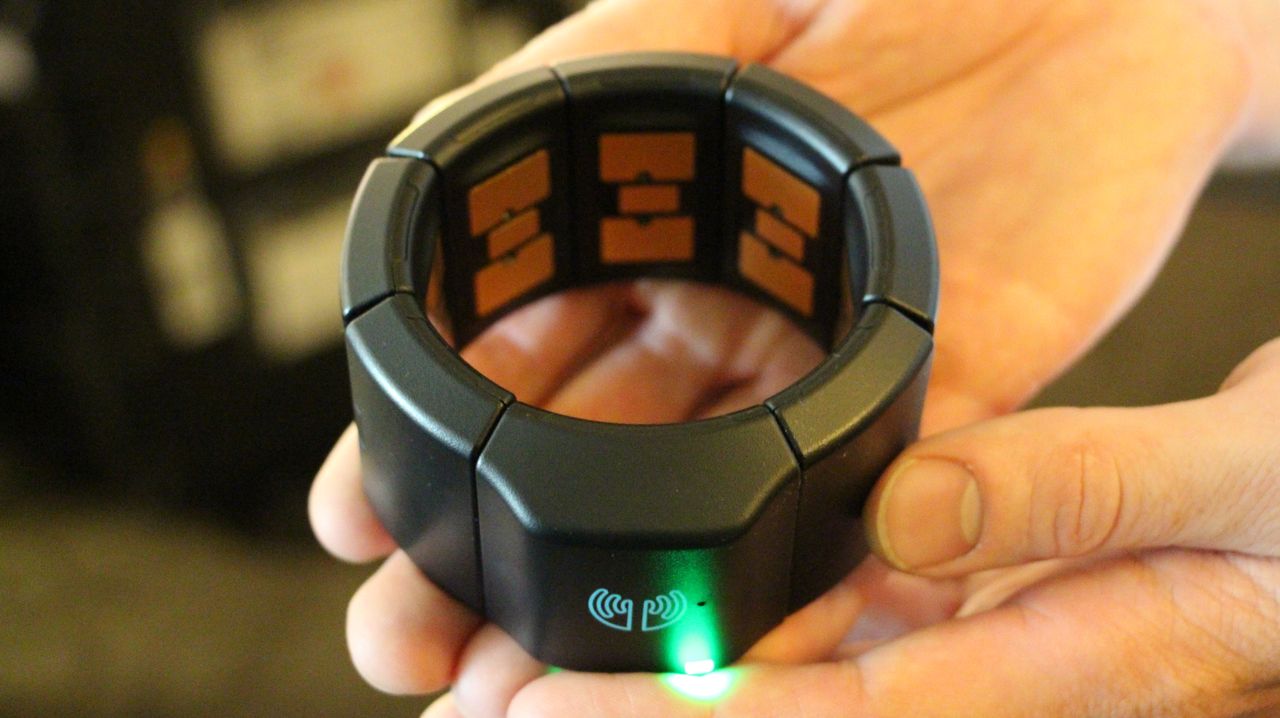 Thalmic Labs did a couple of demos for us. The first was to show its strength in gaming. Wearing a Myo on each arm, Grant played Call of Duty by using gestures to move his character and shoot. The game was very responsive and he was able to play the game from multiple angles, showing Myo’s ability to work freely without having to be in a specific area by the computer.

Thalmic also demoed a music application which used gesture to change a track and toggle the volume up or down. They also showed Myo’s business side by changing slides in an app with a PowerPoint presentation. Both of these apps were demoed on a tablet.

We were then given some insight into the types of applications we can expect for Myo, with gaming, 3D modelling and music as a few examples. Thalmic expects to release their own apps along with those created with strategic partners and third-party developers. They had no comment as to whether these apps will be in their own app store or through existing distribution channels.

Now that Thalmic Labs is getting close to sending the Myo out in the wild, I asked Grant what’s next for the company. He confirmed that they are very committed to the wearable space and, although there was no announcement to be made, he suggested that the Myo won’t be the only device coming out of Thalmic Labs.