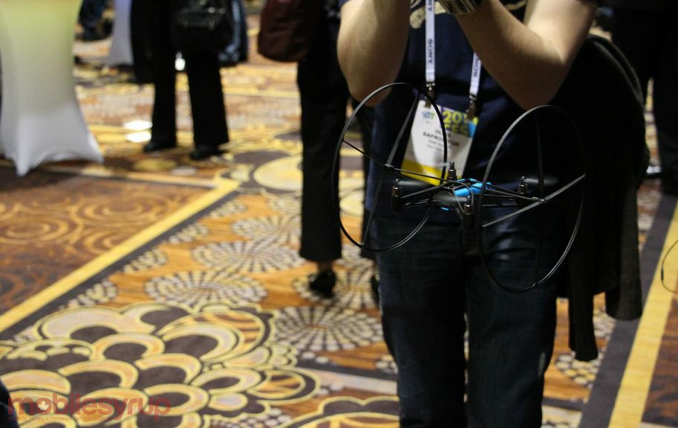 Smartphone-controlled robotic toys made a huge splash at this year’s CES Unveiled event in Las Vegas. Orbotix, makers of the robotic ball Sphero, and Parrot, the company behind the AR.Drone Quadcopter, took up a lot of floor and air space to show off their latest toys for kids and geeks alike.

Parrot debuted two new drones at the event. Both were much smaller in size and sported a new wheel design not seen in the original quadcopter.

The Parrot MiniDrone can do more than fly: it can roll too. This new gadget looks a lot like its progenitor when it isn’t using its indoor wheels, only much, much smaller. The drone can fit in the palm of your hand but it still packs a punch in flying power.

The MiniDrone is also equipped with an automatic stabilization system making it perfect for beginner pilots. The indoor wheels, too, let the MiniDrone land and continue to move on the ground or hit the ceiling and start rolling, rather than crash.

The Jumping Sumo is Parrot’s first land-based drone, but that doesn’t mean it can’t get airborne. The two-wheeled drone can jump over 2.5 ft in the air and, like a cat, always fall back on its wheels so it’s ready to keep travelling. Sumo can pivot on a dime, capable of 90-degree turns at high speeds and is equipped with foldable wheels for better speed control and tricky moves. 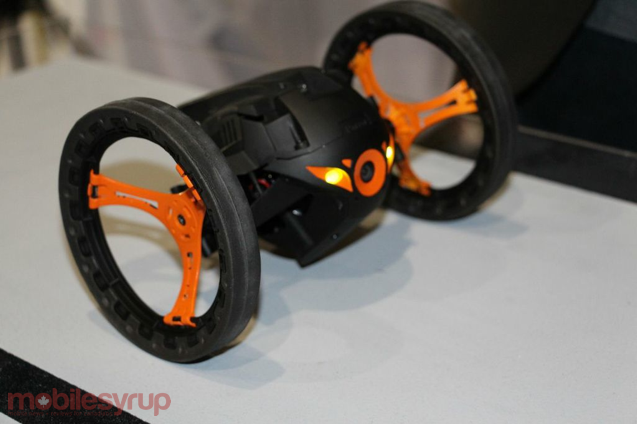 Both of the new Parrot drones have embedded cameras and are controlled using a smartphone or tablet. The MiniDrone uses Bluetooth Smart technology while the Jumping Sumo requires a Wi-Fi connection.

Parrot was tight-lipped about the pricing for both new models but we can probably expect them to be much more affordable than the $250-$350 price tag attached to the current AR.Drone. 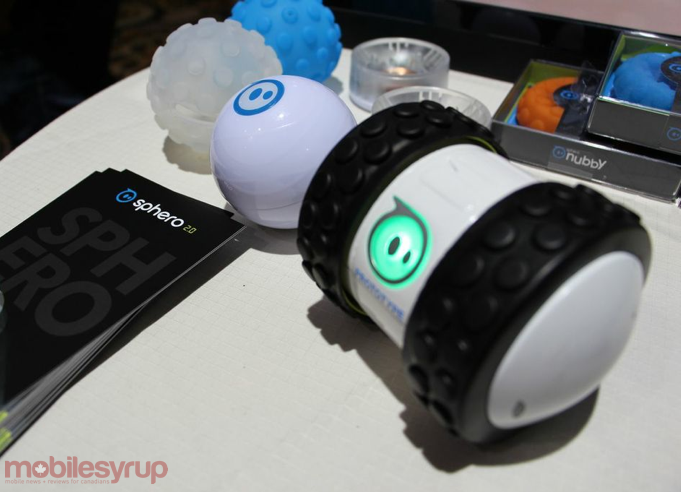 Orbotix also showcased a new form factor their robotic ball called the Sphero 2B. The 2B is cylindrical in shape and looks a little like a bulldozer. Like the original Sphero, 2B will come with interchangeable parts like tires and hubcaps for different terrain and will launch with accessories for gameplay.

On top of the new design, Orbotix built 2B with AI Superdrive capabilities which make it super fast and maneuverable. They have also added built-in infrared technology that will come in handy for multi-player games.

Sphero has opened up a reservation system for those who want to be first in line to get the new 2B which will be available in Fall 2014 worldwide for $100 USD.