Sphero is strange but compelling. It is simple and incredibly complex. It is a game but a robot. It is tiny but makes a big impression.

The first time I got to control Sphero 2.0, which arrives in Canada this week, I was immediately hooked. Parent company Orbotix positions the robotic ball as a game system, a way for kids to enjoy the visceral and consequential collaboration of toy and smartphone in a digital age.

Available for $129 from Amazon.ca, the second generation of the company’s game offers subtantial improvements over the first Sphero. It’s faster and more nimble; the dual LED setup can create thousands of light combinations; its Bluetooth sensor is more accurate, its motor quieter and its battery longer-lasting. More importantly, Orbotix has released dozens of self-contained games, many using augmented reality, to add some visual fantasy to what could otherwise be misconstrued as a remote-controlled Hot Wheel car without the stripes and logos.

“The world of play hasn’t changed for thousands of years,” Orbotix CEO Paul Berberian tells me as his eyes follow the green-hued Sphero down the corridor of a hotel lobby earlier this week. He is in Canada promoting his company’s flagship product, its first release outside the United States.

He thinks there is limitless potential for integration of robots into our society and, like many areas of innovation, they will be incorporated into play first. But why a ball? “The form factor,” he says, “is critical to the experience.” Sphero wouldn’t have the same “wow” factor if it looked like a car. I’m still amazed whenever I see someone so precisely controlling it. 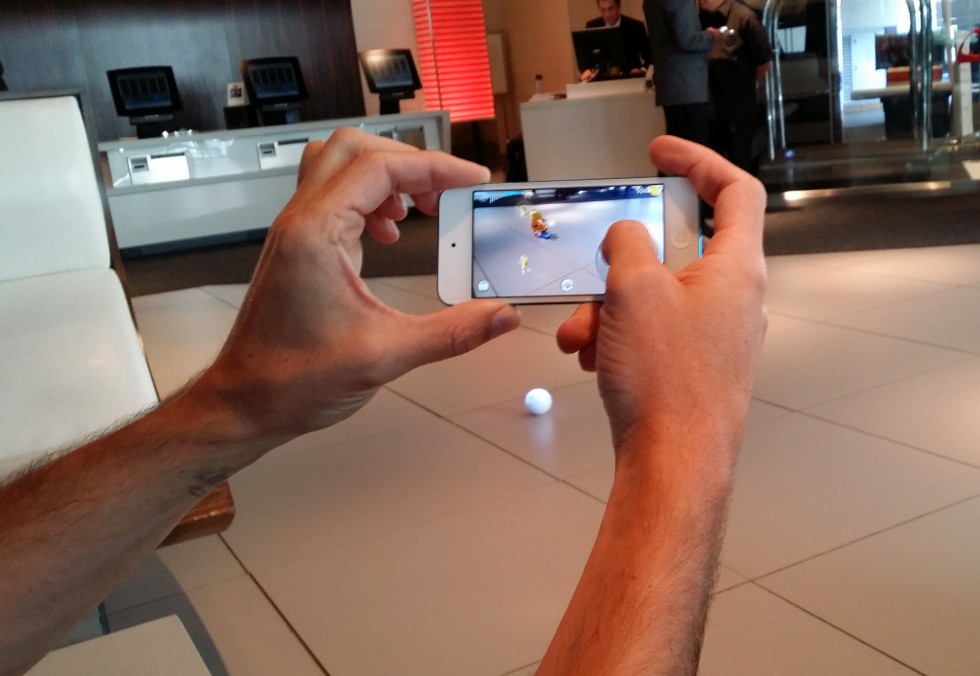 The ball itself is merely, ahem, the vehicle for a wider range of experiences the company hopes to attract users with. They released an SDK for developers to create apps and games, and the existing library appeals to both adults (party games) and kids (fighting zombies using augmented reality.) The ball also has a very basic programming language built right into it — it is quite literally BASIC — which allows tinkerers to create basic macros and scripts for ball to execute. “Kids can use Sphero to learn to code,” says Berberian, showing me in a simple command line iOS app how easily one can customize Sphero’s movements.

Controllable via Android and iOS (it’s also compatible with iPod touch), and easily paired over Bluetooth, Sphero has proven to be way more fun than I initially thought. While it may not look like a Tickle-Me Elmo, Sphero 2.0 could prove to be the holiday gift to buy this year, and it’s certainly far more useful.

Orbotix has raised four rounds of capital totalling $15 million, and hopes to move into other areas of robots with future products.

Check out Sphero 2.0 on Amazon.ca. It will also arrive at Future Shop and Best Buy in the coming weeks.