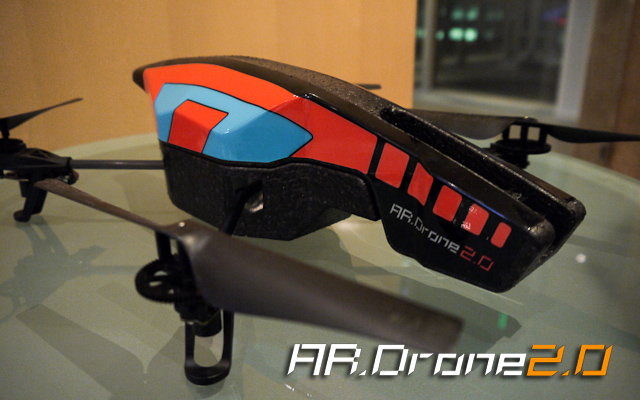 A couple of weeks ago, Parrot came to Toronto to showcase two of their latest products: the 2.0 version of their very cool AR.Drone smartphone- and tablet-controlled quadrocopter, and their new Philippe Starck-designed Zik Bluetooth headphones. In the video after the jump, I got the chance to talk to Peter George, Parrot’s VP of Sales & Marketing, about the AR.Drone 2.0, and all its new features.

The first AR.Drone was launched in 2010, and is unique when compared to other radio-controlled ‘copters, in that it is controlled by your iOS or Android device. It had two cameras, which could be viewed on your phone or tablets screen. The ability of the software to detect objects with the front-facing VGA camera allows the AR.Drone to be used for augmented reality games (hence the AR in its name). While all these features made ver. 1.0 of the AR.Drone a great toy that also has many uses beyond fun in research and education, there is always room for improvement. The AR.Drone 2.0 addresses many of its predecessor’s shortcomings.

The AR.Drone 2.0 now has a front-facing 720p camera, which improves the view in-flight, especially on the larger screens of tablets, and allows you (with the updated AR.FreeFlight 2.0 piloting app) to record the HD video so you can upload it to YouTube. The hardware onboard the drone has also been updated, with a new pressure sensor and 3D magnetometer that improves outdoor flight, allowing you to pilot the AR.Drone to higher altitudes. The 3D magnetometer also allows for a new flight-mode, called ‘Absolute Flight’:

I tried this new flight-mode myself, and, as a beginner, I found it much easier than the conventional ‘Relative Flight’–mode, but even then, the AR.Drone is hypersensitive to your movements, so it will take some practice. The augmented reality aspect of the AR.Drone is one of it coolest features, and while I didn’t get a chance to try out any of the available games, they certainly look interesting and add another dimension to using the drone beyond just flying. More info on the different AR.Drone games is available on Parrot’s website, but to give you an idea of what you can do here is one of the descriptions, and a screenshot: 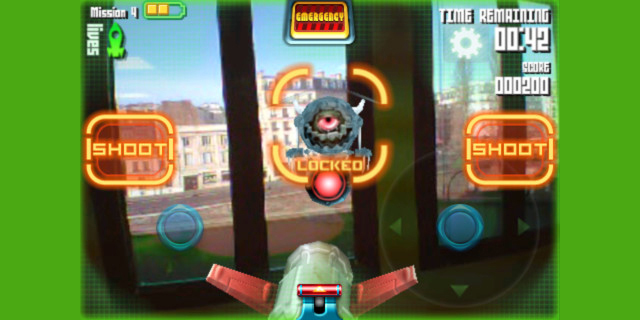 AR.Rescue is a first-person view (FPV) piloting game in Augmented Reality. It is played solo using an iPhone, iPod touch or iPad. Place your special AR.Drone target on the ground and the game starts. Help the aliens to return to their planet on board their rocket. Recover the pieces of rocket scattered in the atmosphere, get rid of the nasty Crunchers and try to beat the clock on every mission.

Parrot has also wisely realized that if they want this aspect of the AR.Drone to really take off, they need third-party developers to make apps for them, too. To facilitate this, Parrot is providing developers an ‘Open Game API’, part of their Open Development Platform – developers can sign up at Ardrone.org and download the SDK for free. There are already quite a few third-party apps on both iOS and Android, however,  there are more for iOS at the moment since the AR.Drone only started support Android recently, and none of the Parrot-developed games are available on Android as of yet.

Hopefully we’ll get one to play with a unit soon, so check back for a full review.

The AR.Drone 2.0 ships with two hulls, the indoor one protecting the blades from damaging impacts. It will be available in Canada exclusively from The Source starting May 1st for $329.99, and the first 500 pre-orders will get a free carrying case.

You can read more about the AR.Drone 2.0 on Parrot’s site.

You can check out some additional images of the AR.Drone 2.0 below, and a video clip of one of the AR games in action: 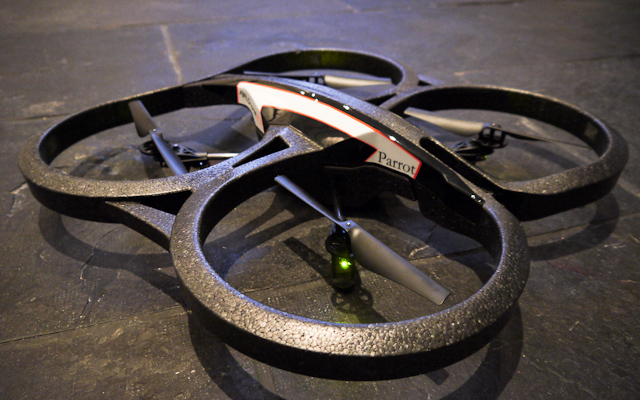 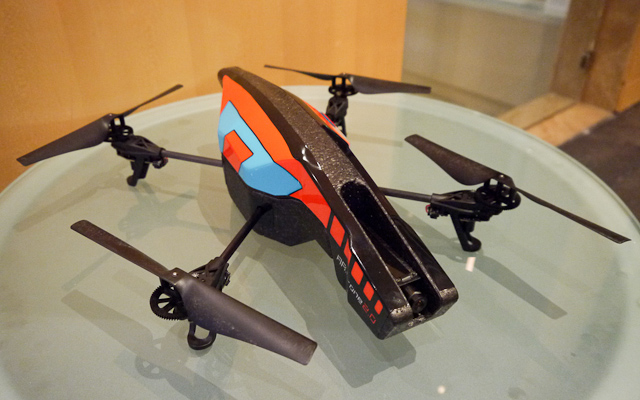 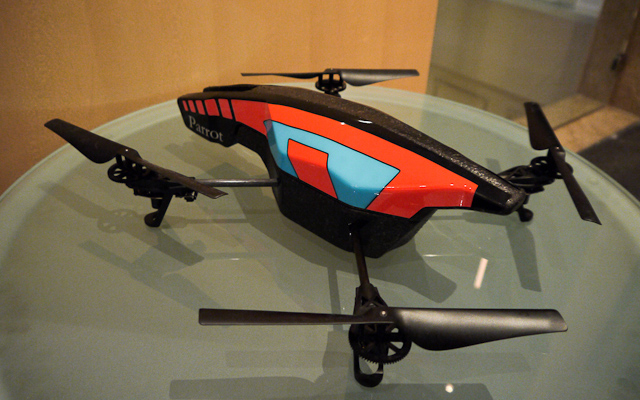 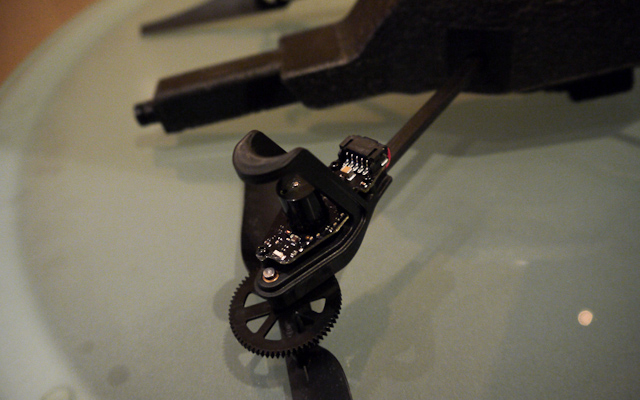 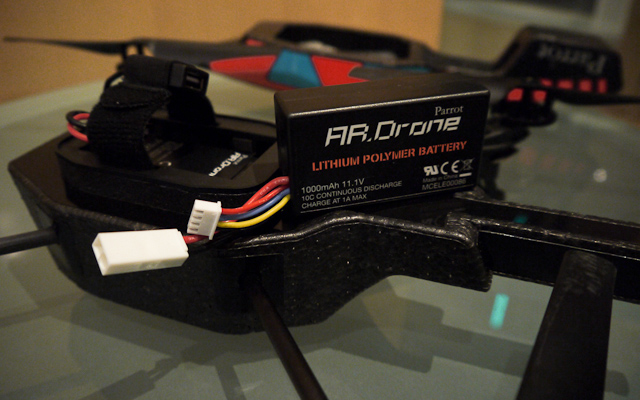