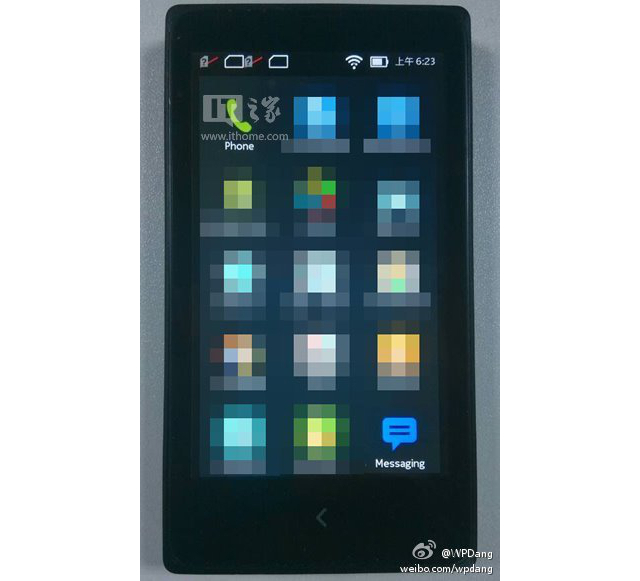 2014 will be a crazy year for mobile: Sony might make a Windows Phone and Nokia’s Android-powered is once again circling the web.

A supposed screenshot of the rumoured Nokia ‘Normandy’ Android prototype has surfaced on the Chinese social network Weibo. The device looks similar to the Normandy render that leaked online earlier this month, minus any Nokia branding on the front.

The Normandy prototype is a product of Nokia’s Plan B Android strategy prior to selling its handset division to Microsoft. The Normandy is supposedly a low-end device running a forked version of Android similar to Amazon’s Fire OS, to be sold along side Nokia’s entry-level Asha line of handsets. Although the acquisition by Microsoft makes a Normandy release unlikely, when last we heard of the device Nokia employees were still “full steam ahead” for a 2014 release.

Do you think Nokia’s Normandy phone will see the light of day in 2014? Would you want one?