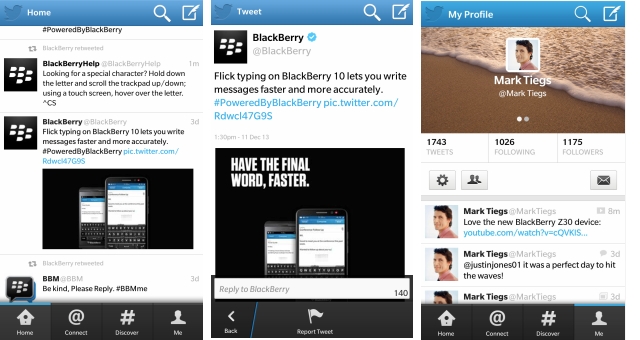 BlackBerry posted to its corporate blog announcing that the company has pulled a recent update to the Twitter for BlackBerry 10 app. The v10.2.2 update, which included a bunch of enhancements including BBM connectivity, has been giving some users loading issues and crashes.

BlackBerry has provided downgrade instructions to a more stable build for those that have been experiencing any issues, which we’ve posted after the jump. Post a comment and let us know if you’ve had any problems with the latest release, or if it has been smooth tweeting so far.

If you have downloaded the 10.2.2 version and are experiencing issues please follow these steps to downgrade: