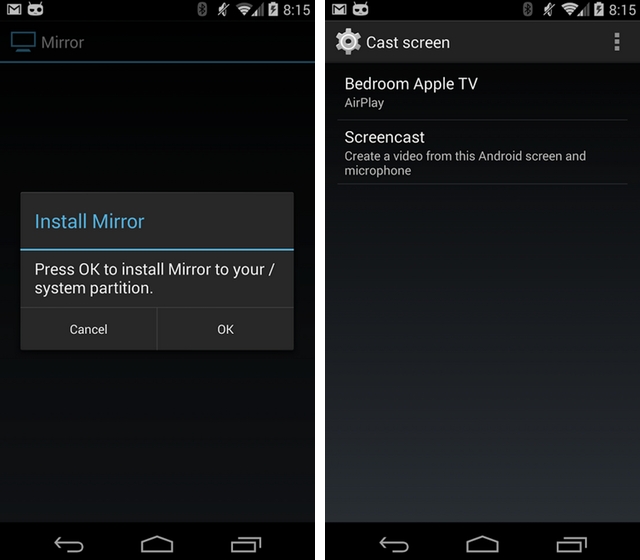 Koush keeps delivering the hits. Only days after releasing the beta of AllCast to Google Play, the ClockworkMod and CyanogenMOD developer is back with another great app, though at the moment its usefulness is limited to rooted Android 4.4.2 users.

Mirror for Android plugs into a new feature of KitKat, the ability for users to record their screens for demonstration purposes. Mirror is a one-touch utility that stays in the notification bar, and offers the ability to record audio from the phone’s external microphone. Then, as if by magic, it can be projected to an Apple TV.

Koush is looking into ways of tethering a device through a PC to bring the utility to non-root users, and is trying to backport the features to Android 4.1 and above. But, for now, Mirror is a very capable technology demo for the extreme minority that can use it.

You’ll need to join ClockworkMod’s Google+ community and subscribe to the beta before being able to download it from the Play Store.