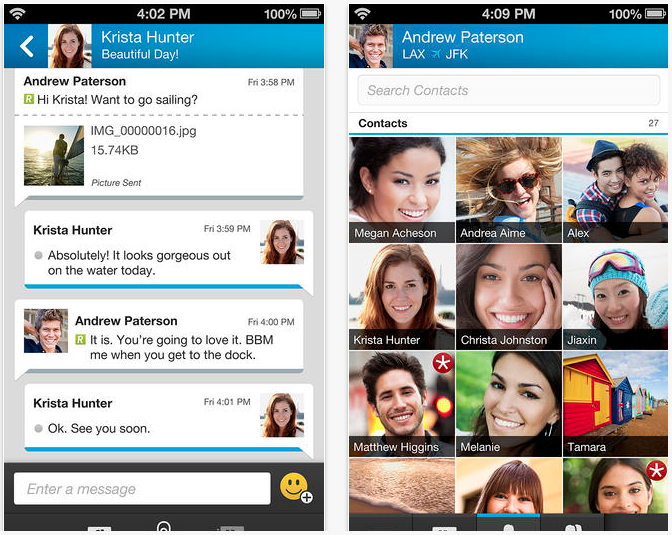 Ostensibly, Search4BBM acts as a searchable directory of BBM PINS to quickly add friends using the service. BBM users must voluntarily add their PIN to Search4BBM’s directory, and can set a preferred security level, with PINs publicly viewable at the lowest level and viewable only by request at the highest level. Search4BBM users can also connect a variety of social media accounts (Facebook, Twitter, LinkedIn, etc.) to make their PINs easily available to their social graph and vice-versa.

Search4BBM says it has over 3 million BBM PINs in its directory, with as many as 7 million searches occurring each month. Those numbers will surely increase as BB10 and iOS versions of the app rollout in the next few weeks – finding and adding BBM friends on any platform is currently a hassle and Search4BBM fills a large gap in the native BBM app. I’m sure the BBM team at BlackBerry HQ will be closely watching Search4BBM’s growth in the coming months.

Friend discovery is such a crucial aspect to BBM’s longterm growth that I wouldn’t be surprised if BlackBerry incorporated a similar feature into BBM natively – possibly by allowing users to connect social accounts to their BBID. Additional security options might be required for those that truly want to stay off the grid, but the benefit would be a much stronger social graph to support BlackBerry’s BBM Channels initiative. After all, why should the BlackBerry faithful be forced to use a 3rd party app just to find their friends when every other social network and communication platform already does that for them?

Disclosure: I used to work for BlackBerry, back when it was still Research In Motion. We used to BBM a lot back then, too.