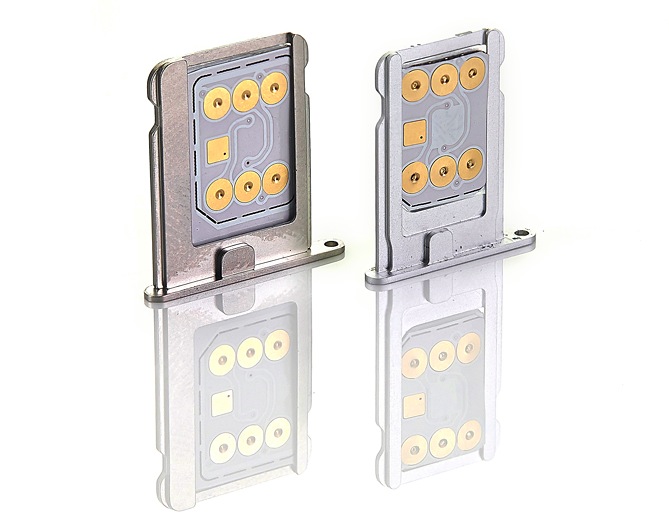 There is something exciting about being able to travel the world knowing that your phone — the thing you’d rather lose less than your wallet — will work wherever you go.

KnowRoaming is a new startup based in Toronto that posits that very thing: the ability to use one SIM card in your home country and benefit from local rates when travelling, without having to concern yourself with paying for another SIM card or fiddling with carrier roaming packages.

The idea is pretty compelling, and the team, who found themselves stuck between the convenience of their own carrier and the discounted price of others’, figured they had a solution.

The KnowRoaming sticker is an adhesive that attaches to the pins of your existing SIM and interacts with your unlocked phone to seamlessly switch between networks depending on your location.

It works by interfacing with your unlocked phone’s baseband — yes, your phone must be unlocked for KnowRoaming to work — with a tiny piece of software on the chip itself. When you get to another country, the sticker will elect to become the primary SIM card in your phone, interfacing with local carriers at rates far better than your Canadian provider’s.

The KnowRoaming team has negotiated agreements with network providers in nearly every country that offers voice, text and data services, and while prices are pay-per-use, the SIM merely needs to be loaded with funds (which never expire, unlike many local prepaid SIMs) through the companion apps.

“With the KnowRoaming sticker, never again will you have to search for Wi-Fi, buy a local SIM card or be shocked by international roaming charges.” -Greg Gundelfinger, CEO

KnowRoaming CEO, Greg Gundelfinger, is well versed in the frustration Canadians face when roaming. Despite recently-lowered voice, text and data prices to the U.S., it is still extremely expensive to emulate one’s home usage. Travelling to Asia or Europe is even more difficult.

With companion iOS, Android and, soon after launch, BlackBerry and Windows Phone apps, users know exactly how much they’re paying per minute of voice, per SMS or MB of data. When new agreements are reached, the sticker can download over-the-air updates behind the scenes.

Perhaps the most interesting part of KnowRoaming’s sticker is that it provides free local numbers in Canada, the U.S. and the U.K., and low-cost numbers in most other countries, so users can receive calls locally and return them without having to interface with a Canadian network provider.

For example, if you are in the U.K., you can give friends or family members a free local number they can call. If you miss a call and want to call them back, you can do so with the local number, too. If you choose not to do so, your Canadian number will show up on their phone at rates far below doing so with a Rogers, Bell or TELUS bundle.

The KnowRoaming sticker is available for pre-order now for $35, and it comes with an applicator for easy installation. The first stickers will ship in February, 2014.