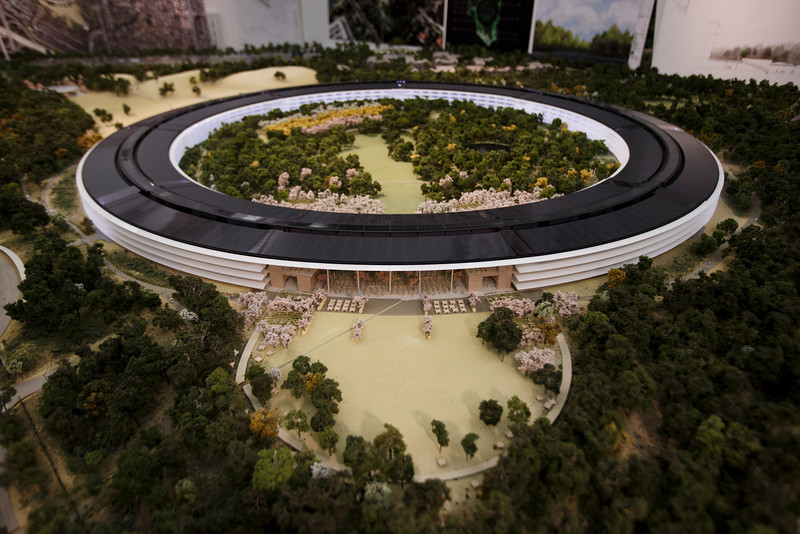 TELUS’ new head office in Vancouver is going to be spectacular, but Apple’s proposed headquarters in Cupertino is absolutely stunning. There’s nothing Canadian about this – just some amazing pics of what Apple is planning on its 175 acre lot.

Steve Jobs presented the idea to the Cupertino City Council back in June of 2011 and at the time stated “it’s a little like a spaceship landed. It’s got this gorgeous courtyard in the middle, but a lot more. It’s a circle so it’s curved all the way around… there is not a straight piece of glass in the building… we know how to make the biggest pieces of glass in the world for architectural work… It’s pretty cool… I think we have a shot at building the best office building in the world.”

The pictures below are from the Mercury News who was given a inside look at what Apple is planning. The pics show Apple CFO Peter Oppenheimer and Dan Whisenhunt, Apple’s Senior Director of Real Estate and Facilities, presenting a model of what the ‘spaceship’ office will look like. The new building, if passed, will be four stories high, house a cafe, fitness centre, R&D facilities, parking, an energy centre and have about 80% landscaping that includes an apricot orchard. The building itself has solar panels that covers the roof.

The Cupertino City Council will vote on October 15th, if passed this new HQ is expected to be completed sometime in 2015.

Microsoft’s Fluid Framework comes to Office apps on the web