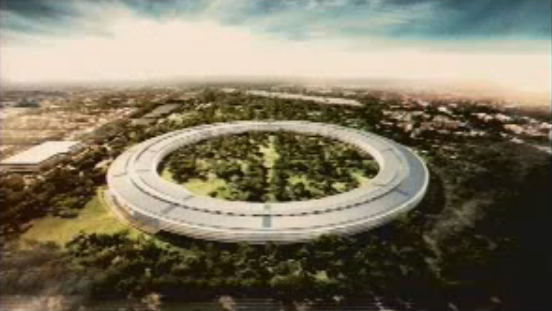 Apple CEO Steve Jobs took some time out from his schedule after the WWDC and pitched the company’s new campus to the Cupertino City Council. You can see in the video that some of the city council members salivated over the presence of Jobs stating the iPad is the best and that Apple should cover Cupertino with free Wi-Fi. The new office complex is on 150 acres of where Hewlett Packard used to build their computers and it’s interesting seeing how Jobs sells the idea of the new office design, very reminiscent of how he sells any new product.

Jobs stated that “We’ve hired some great architects to work with, some of the best in the world I think. We’ve come up with a design that puts 12,000 people in one building… think about that, that’s rather odd. 12,000 people in a building.. but we’ve seen these office parks with lots of buildings and they get pretty boring pretty fast. We’ve liked to do something better than that… it’s pretty amazing building… it’s a little like a spaceship landed. It’s got this gorgeous courtyard in the middle, but a lot more. It’s a circle so it’s curved all the way around… there is not a straight piece of glass in the building… we know how to make the biggest pieces of glass in the world for architectural work… It’s pretty cool…. I think we have a shot at building the best office building in the world”

The spaceship building it is 4 stories high, has 80% landscaping (that includes an apricot orchard) and will be “a zillion times better than what it is now”, comes with a cafe, fitness centre, R&D facilities, parking, energy centre. The plans are to break ground next year and move in sometime in 2015. Video after the break 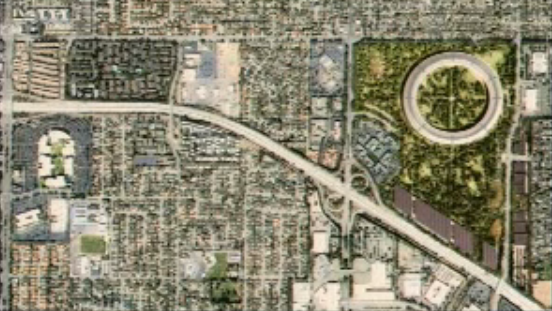 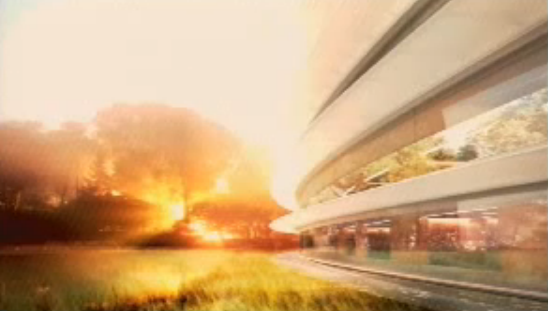