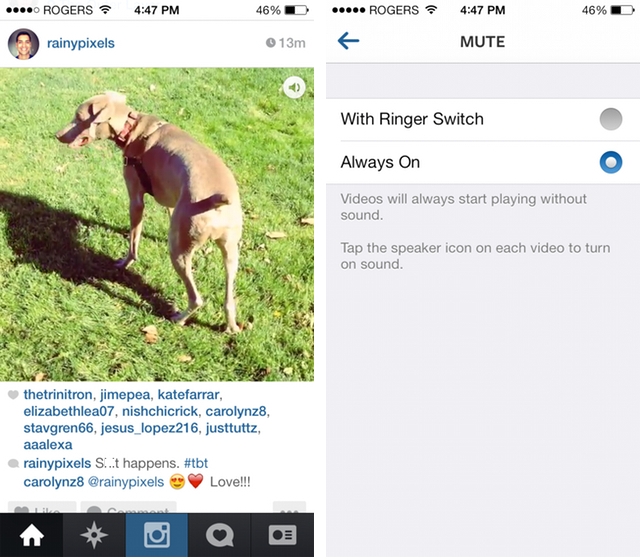 Instagram has once again approached feature parity between its two official platforms by adding straightening tools to its Android app.

The Facebook-owned startup announced auto-straightening techniques for iOS in August, which detects when a photo is skew or off-centre, along with manual controls for the more fastidious of its 200 million users. The same feature is now available for Android phones.

Instagram has also added “new sound and data usage controls for Instagram videos” in both the iOS and Android apps. This allows users to mute videos indefinitely, even if the phone’s sound profile is set to something other than Mute or Vibrate. It also allows users to preload videos over cellular or WiFi networks for faster loading. Both these additions address latent problems with Instagram’s video strategy, namely that they are distracting to the feed and that they take too long to load.