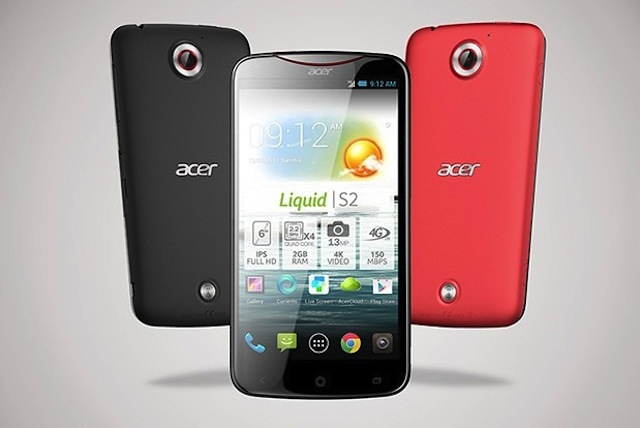 Acer may not be a household name in the Canadian smartphone industry, but a few years ago it was the equivalent of, say, Huawei in the public’s mind share.

Today, the company has announced a new series of devices, including a flagship device, the Liquid S2, that boasts some impressive specs, but nothing to differentiate itself from the deluge of high-end smartphones hitting the market over the next few months.

Most impressive is the inclusion of the flash within the lens ring, obviating the need for a separate module. Though the S2 is unlikely to come to North America, we should be seeing Snapdragon 800-powered devices announced over the next few weeks, including the Samsung Galaxy Note 3 and the Xperia Z1.

While the S2 will only be available in a 16GB variant, the Iconia A3, Acer’s newest tablet, will come in both 16 and 32GB models.

Unfortunately, the tablet is otherwise unremarkable; a 10.1-inch 1280×800 pixel display, a quad-core Cortex A7 processor, 5MP rear camera and microSD slot, and a price of around $350 CDN. Not bad, but nothing special.