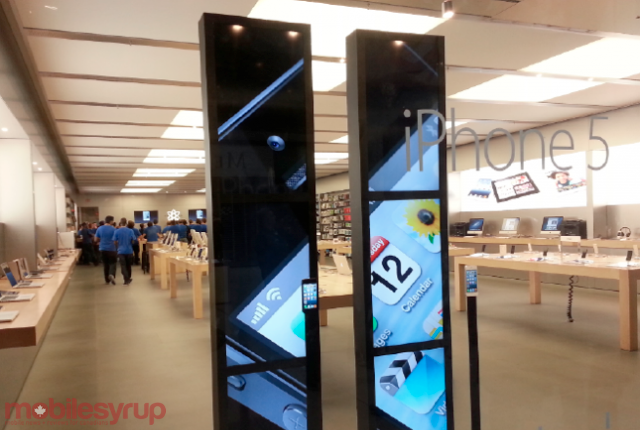 Apple today confirmed that they have begun a trade-in program for iPhone users in the United States, whereby current owners can bring in their devices for a nominal credit towards a new handset. With the impending launch of the iPhone 5S and 5C, it is a good time for such an effort, and shows that Apple is aiming to keep as many current customers as they can.

Apple has reportedly limited the amount a customer can receive for a used iPhone, and employees have the flexibility to offer varying amounts depending on the phone’s condition. All users must, according to an Apple representative, leave the store with a new contract, so this program does not apply to those wanting to trade up towards a device at full price. Though all iPhones, from 3G to 5, can be traded, users are unlikely to receive more than $300 for even the most impeccably-kept device.

We asked Apple Canada if this was coming to Canada and a rep said, “This is a US program only at this time. There is no announcement for Canada today.”