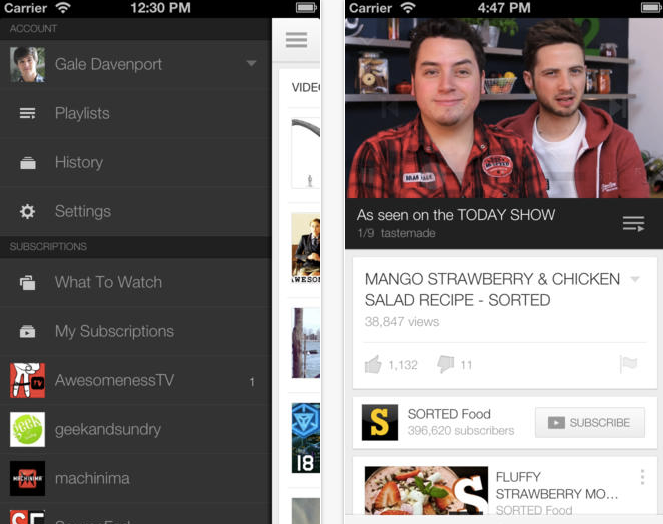 Only yesterday, Google updated its YouTube app on Android with a new design and in-app multitasking, also referred to as picture-in-picture.

It allows users to swipe down on a video window and create a small box in which the clip continues playing, engendering a mobile version of the second screen experience. Today, Google has done the same for its iOS app, ushering in a new card-based design, while bringing a number of improvements — playlist searching included — to iPhones, iPad and iPods touch.

Playlist searching allows for endless playback, too, as a Play All button appears when subscribing to select content.

Unfortunately, it’s not possible to move the screen PIP window from the bottom right — the feature is less Chat Heads and more old-school CRT — but it’s a great effect. It’s also still not possible to continue playback when the screen is off, or when leaving the app, so YouTube can’t yet double as a music player replacement.