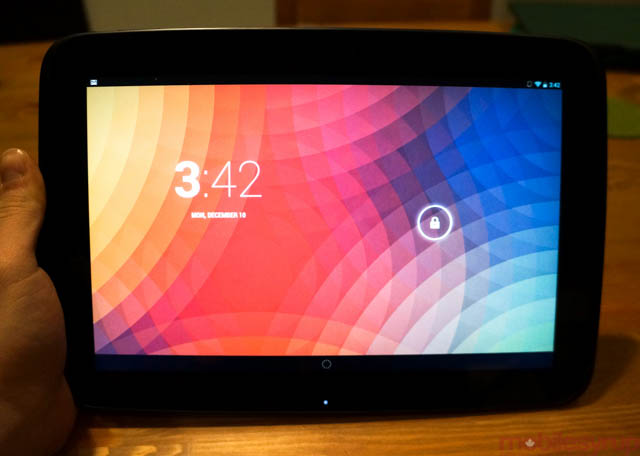 Say what you will about the state of Android tablet apps, but the Nexus 10 is a beautiful piece of hardware. Google and Samsung cooperated to build a fast, high-resolution tablet that runs stock Android, and put it on the market for less than the equivalent half-resolution Galaxy Tab.

Since the launch of the Nexus 10, the Android tablet market has grown, both by the success of the Nexus 7 (which, according to Google, was one of the most successful tablets outside of the Kindle Fire) and the influx of tablet-optimized apps on Google Play. While it is nowhere near the level of the iPad, which has over 100,000 tablet-optimized apps and a huge ecosystem of users and developers, there is hope yet for big-screen Android tablets.

Sundar Pichai, head of Android and Chrome divisions at Google, reportedly confirmed to a Wall Street Journal writer that Samsung is working with Google on a follow-up to the Nexus 10, which will likely be sold in the same way, via Google Play, as its predecessor.

The obvious question is, What will be different about this one? The Nexus 10 sports one of the fastest chips on the market, Samsung’s Exynos 5210 processor, along with one of the highest-resolution panels available today. More important than the hardware improvements will be to see how Google addresses some of the ecosystem shortfalls, perhaps convincing companies like Twitter and Facebook to finally optimize their apps for larger screen sizes. What is acceptable on a 7-inch slate like the Nexus 7 appears stretched and malformed on a 10-inch widescreen device.

Considering the Nexus 10 debuted alongside the Nexus 4 (and Android 4.2) last November, we’re nearing the point where Google will be finalizing plans for such a device. Only a few months left until we’ll likely hear something more concrete.