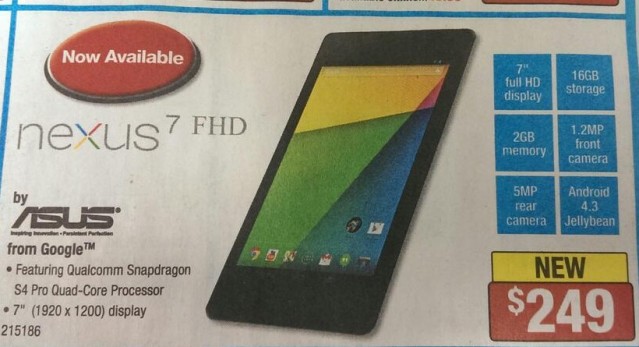 We heard during Google’s Nexus 7 announcement that the tablet would be hitting Canada, along with other countries like the UK and Australia, “in the coming weeks,” but we’ll likely see it sooner than that.

A Staples flyer that goes into effect next week indicates Canadians will be able to purchase the tablet, which they are calling Nexus 7 FHD for “Full HD”, on July 31st. 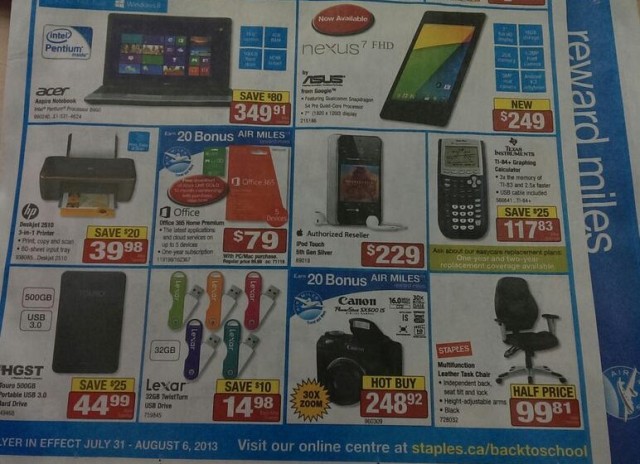 No word on whether Staples will be selling the 32GB version, but it will presumably follow the same trend as the US model, which will bring the price to $289.

Google will sell the new Nexus 7 on the Play Store in the near future, but if you’re yearning for the FHD experience, you should be able to get one next Wednesday.