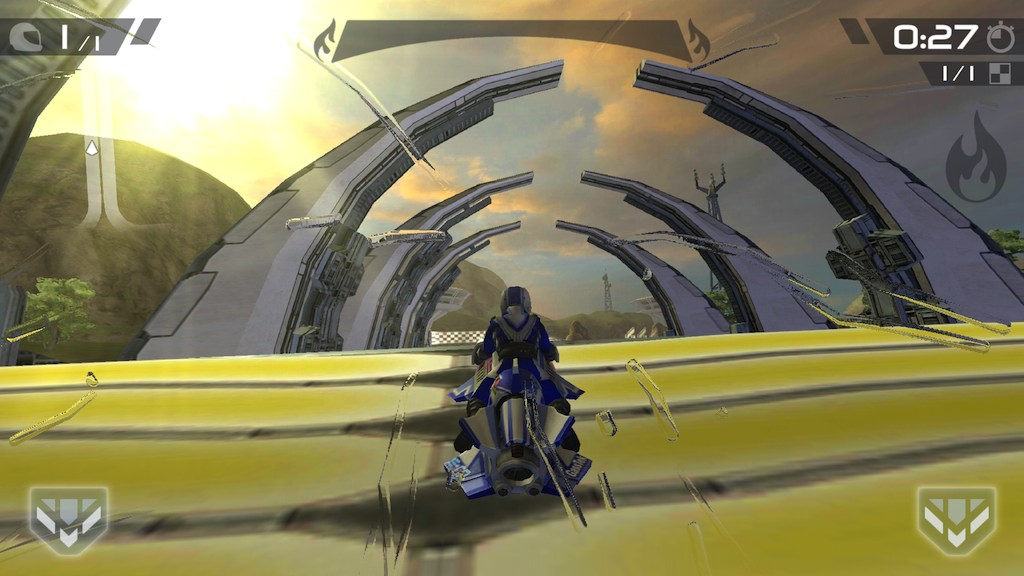 Right on time, Riptide GP2 has hit the Play Store for $2.99. The long and short is that it’s a dramatic improvement over the still-excellent original, with improved graphic and sound effects, more levels and vehicles, seamless multiplayer and a (mostly) 60fps frame rate.

Vector Unit hasn’t polluted the game with in-app purchases (that we can find at least), either, keeping the full game unlockable for the reasonable $2.99 price tag. 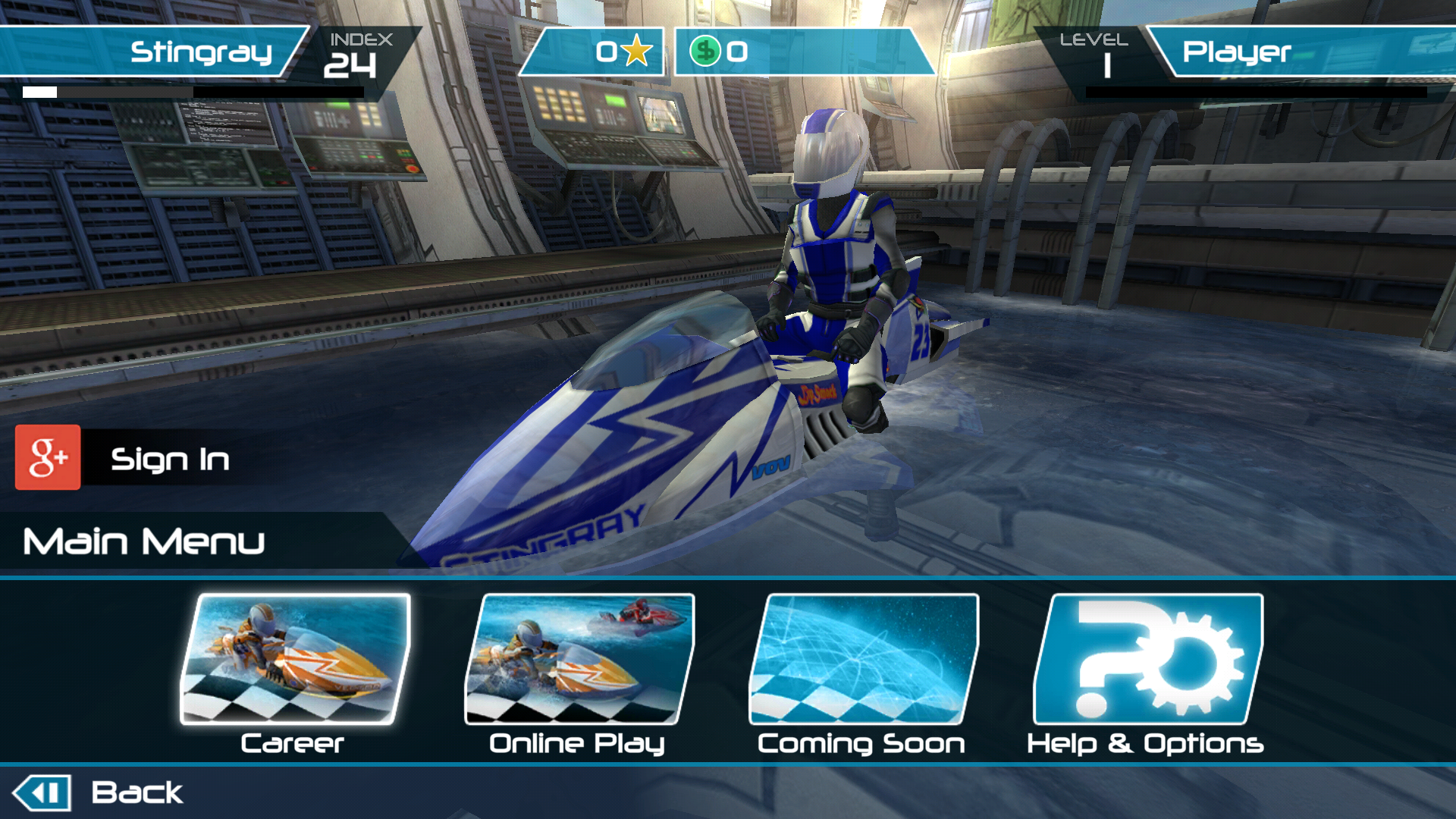 I played a few rounds of single- and multiplayer, and found that while the single player game maintained a close-to-60fps frame rate, the multiplayer match stuttered on my HTC One. The game has been optimized for Tegra 4 devices, one of which is the upcoming Nvidia Shield, so we’ll see how things fare on that machine in a few weeks. 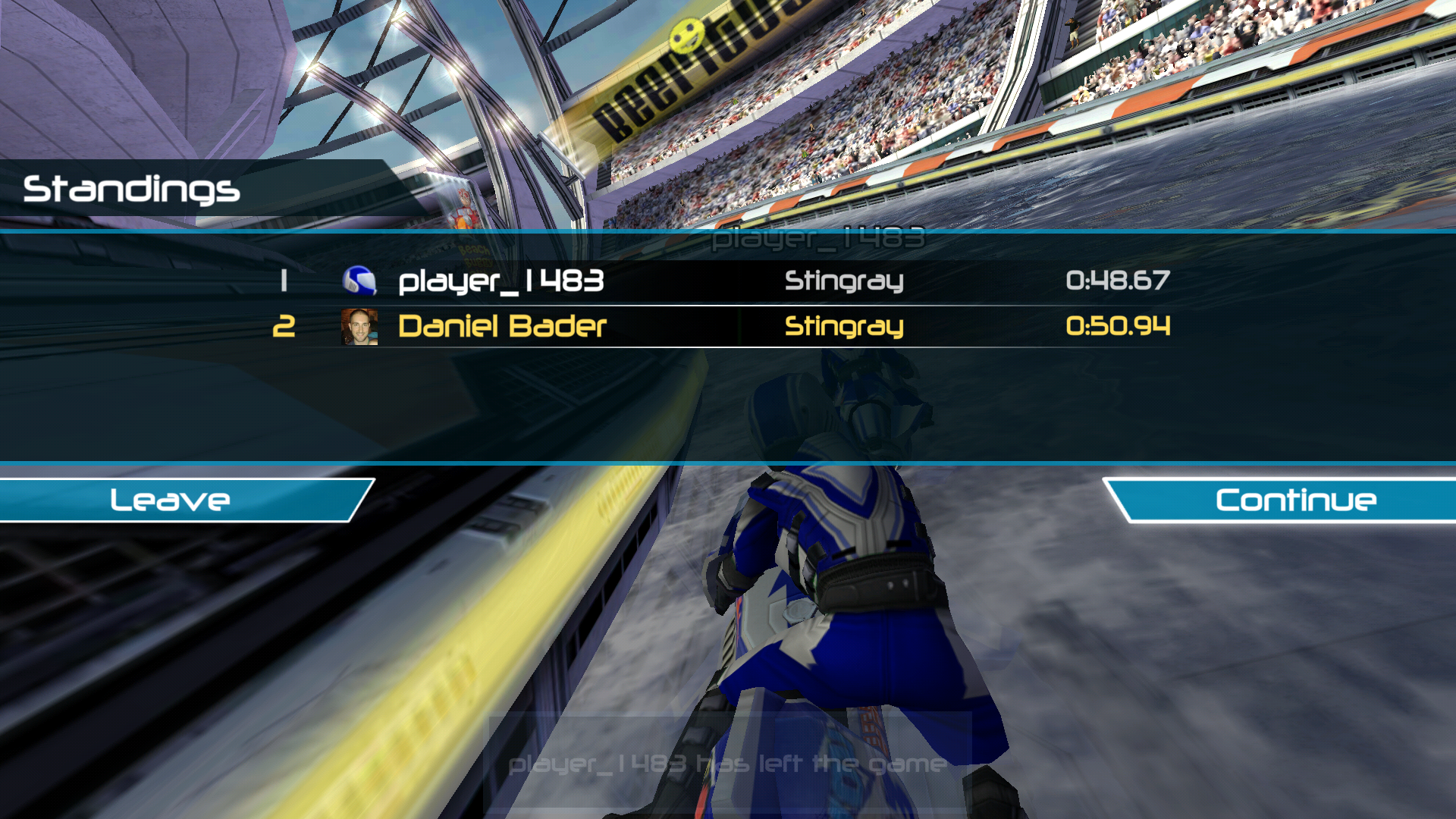 Vehicles are fully customizable and upgradeable, so points and powerups are useful for giving you an edge in future levels. There’s a career mode in which you can win the World GP Championship or some such, but the majority of the fun comes from quick three-minute jaunts around the track. Think Wipeout with jet skis.

Riptide GP2 is a great way to show off the graphical prowess of your new high-end Android device, so even if you’re not a huge gamer, it’s one of the few ways to test out that top-of-the-line quad-core SoC.