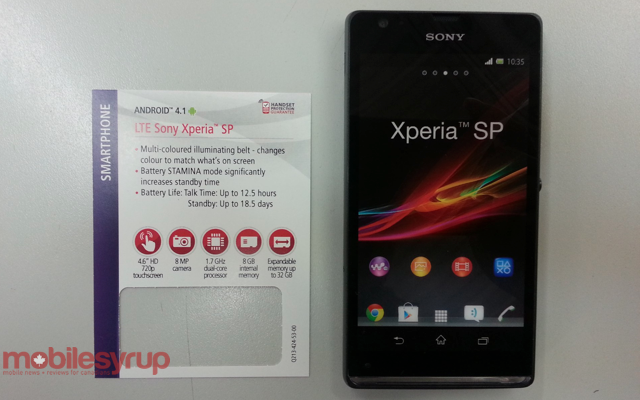 Another Android-powered smartphone is heading to Rogers soon. The Sony Xperia SP – a device that was officially announced in March – and comes with Android OS 4.1.2, but will eventually be upgraded to OS 4.2.

The Xperia SP has some similarities to the Xperia S, most notably is the the transparent ‘light bar’ that acts as a notifier. As for specs, this LTE-enabled device has a 4.6-inch 720p display, 1.7 GHz dual-core processor, 1GB RAM and 8GB internal storage, 8MP camera and will come in black. We’re currently unsure of the pricing and the launch date is expected within a few weeks.