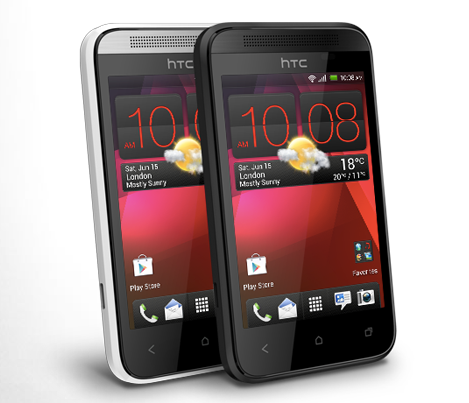 HTC announced a phone today that wouldn’t seem out of place in 2009. With a 3.5-inch 480×320 pixel display, a first-generation single-core 1Ghz Snapdragon processor, 512MB RAM, 4GB of internal storage and the woefully aging Android 2.3 Gingerbread operating system, the Desire 200 is likely never going to appeal to the average user.

While the device is never likely to be sold in North America, its existence goes to show that the commoditization of smartphones is pushing down development, production and distribution costs, and we wouldn’t be surprised to see the Desire 200 sold for less than $80 in many parts of the world. Only Nokia, with its entry-level Asha and Windows Phone 8 devices, has been taking advantage of this space.

The Desire 200 does boast a few interesting features, including Beats Audio and a built-in Data Manager app to ensure users keep to within their bandwidth limits.