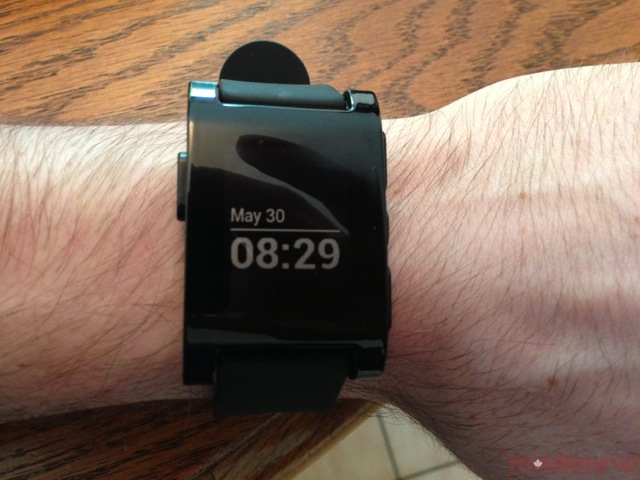 There’s a new Pebble firmware in town, and it brings one of the most requested features from users to date: multiple notification support. If you receive more than one  notification (up to six) in a short period of time, Pebble will allow you to cycle between them using one of the right-side buttons.

The 1.11 firmware also brings a new default watch face, Simplicity, to replace Fuzzy Time, which is appreciated (see above).

Pebble’s notification UI has also been improved, and there are loads of bug fixes to go along with this release, too. The 1.11 firmware couldn’t come soon enough, as Pebble recently announced it was nearing the end of its Kickstarter commitments and will begin shipping to pre-orderers in the coming weeks.