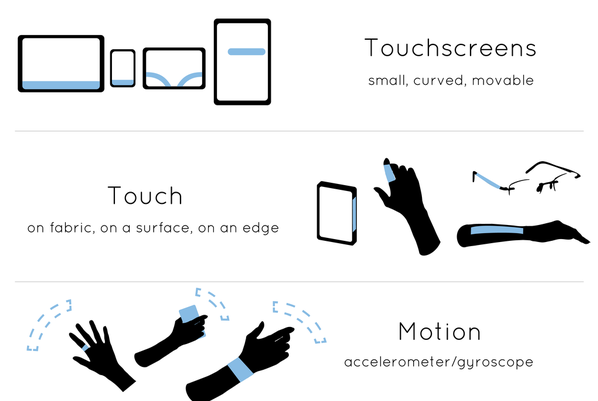 Minuum, the one-dimensional keyboard replacement for smartphones, tablets and, eventually, everything else, has broached its stretch goal of $60,000 in just seven days. Its initial IndieGogo goal of $10,000 was reached in a single day, and the momentum has not stopped since the announcement.

Part of the appeal of Minuum is its ubiquity: aside from traditional smartphone and tablet integration, Toronto-based Whirlscape Inc. has plans to bring an intuitive one-dimensional typing experience to wearable technology such as fabrics, watches and headpieces. It’s exciting because the possible variants are endless.

In a post on Indiegogo today, founder and CEO Will Walmsley claimed that “the past week has been absolutely incredible,” and that the company’s videos “have been seen on YouTube a total of nearly 1 million times.” He goes on to say that while many people backed the project based on the Android beta in June, “more of you are even more excited about the future of typing that our simplified technology will enable – on all mobile devices, wearable and otherwise.”

The Wearable Development Kit will be forthcoming, and due to limited resources at the company’s disposal, there will only be a few first-party devices using Minuum in the short-term: “We’re … empowering the community to easily create personalized keyboards to share with the world. Our wearable development kit will allow people like you to create whatever kind of keyboard you want.

And now the technical details: we’ll take care of all the work that will go into communicating between your custom keyboard device and your phone or computer, and we’ll do all the messy work of turning your imprecise typing into what you meant to say. You’ll be able to connect your custom keyboard via Bluetooth, Wi-fi, or USB, which will most often involve simply building your keyboard around an Arduino. We’ll release all of the code that makes this communication possible, so the community will be free to build and improve upon different ways of interpreting information from different kinds of sensors and transmitting it to our sloppy typing interpreter.”

There are 23 days left in the Indiegogo campaign, so if you haven’t yet backed Minuum you have plenty time to do so. We’ll have a hands-on with the fascinating technology behind the keyboard in the coming days, so stay tuned.