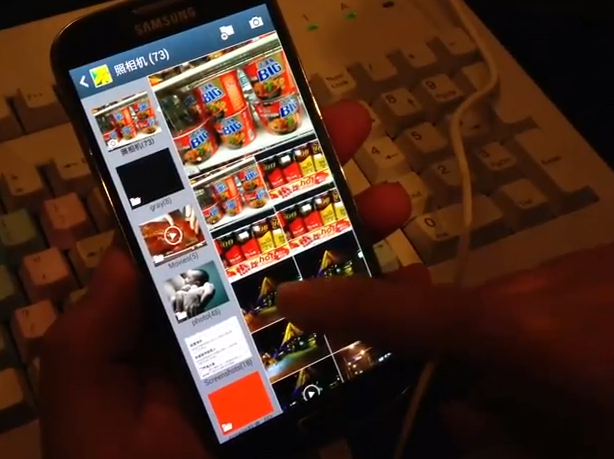 If the leaked images and videos of the Galaxy S IV are true then Samsung will stick with the design success of the Galaxy S III. Last year Samsung explained that the GS III was “inspired by nature.” The specs of the Galaxy S IV are rumoured to have a more powerful processor, better camera, bigger display and thinner. In addition, some of the enhancements to TouchWiz will be feature-heavy, such as Floating Touch control and SmartPause.

An earlier leak from this morning revealed a set of high-res images, but now a video has arrived on YouTube not only shows off the device – which apparently is a prototype – but giving a glimpse into the Floating Touch and SmartPause experience. Floating Touch looks to be similar to what Note users experience with the S Pen’s Air View feature where you hover over an image or video without actually touching the display. As for the SmartPause, this I can see being useful. Basically the video you’re watching knows when you look away and pauses, then upon you’re return it seems you’ll need to press play to resume.

Check out the couple videos of these in action below.