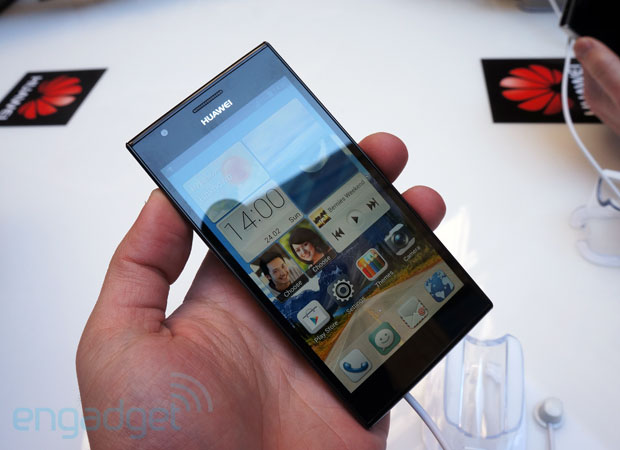 Huawei announced the Ascend P2 at Mobile World Congress this morning. This is a follow-up to the Ascend P1 and is being dubbed as “the world’s fastest smartphone.” The P2 has a 1.5 GHz quad-core processor and LTE Cat 4 that reportedly can hit download speeds of up to 150 Mbps. The specs are impressive: 4.7-inch “infinity edge” display that has a resolution of 1280 x 720 and is made of Gorilla Glass 2, 8.4mm thin, Android 4.1 Jelly Bean with Huawei’s “Emotion UI,” 13MP camera with a 1.3MP front-facing camera, 16GB of internal storage and 1GB RAM, 2,420mAh battery and be available in “granite black” and “polar white.” Overall dimensions are 136.2 mm x 66.7 mm x 8.4 mm and weighs in at a respectable 122 grams.

Huawei noted the Ascend P2 will first launch with Orange in France this coming June, then “be available globally around the second quarter of 2013.” Considering WIND Mobile released the Ascend P1 we could potentially see the Ascend P2 hit their shelves this year.

Huawei quickly shows off the 6.1-inch Ascend Mate ahead of CES