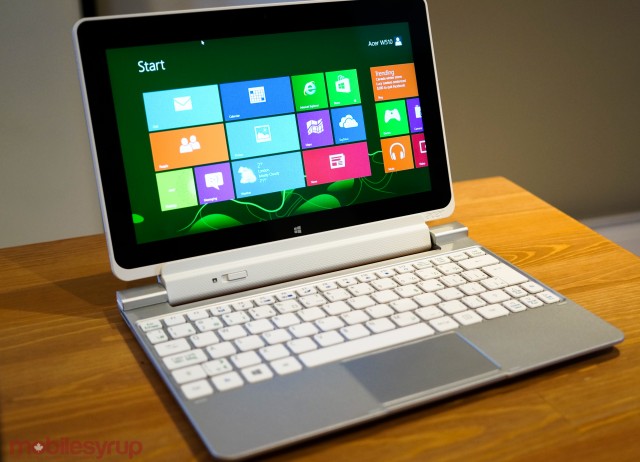 Windows 8 has afforded PC manufacturers plenty of legroom when it comes to design flexibility. The Acer Iconia W510 is one such hybrid product, a tablet powered by Intel’s ARM-competitive Atom Z2760 SoC — the closest you’ll get to emulating the lightness, quietness and low price of ARM-based Android and Windows RT devices.

It’s important to note that the 10.1-inch W510 tablet runs a full x86-powered version of Windows 8 and is therefore not limited to software downloaded from the still-bare Windows Store. On the other hand, the PowerVR SGX545 GPU and 1.8Ghz dual-core Atom CPU is nowhere near powerful enough to play intensive games or render high-def video.

So who is the Iconia W510 for, exactly? At around $599 for the 64GB tablet, or $749 with the keyboard dock that doubles as an extended battery, the device costs roughly the same as the Surface RT, but does it compete? 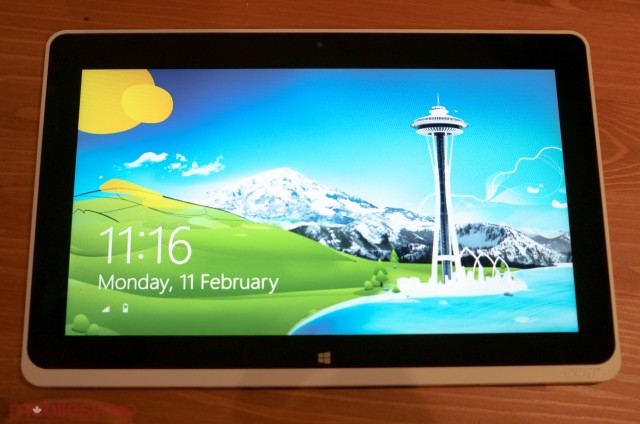 The W510 is nicely designed, and feels great in the hand despite its plastic exterior. There is a fair amount of give to the material, but it shouldn’t be a problem for everyday use. There are a number of ports — microUSB, microSD and mini HDMI — around the tablet itself, making for a versatile PC experience that can be hooked up to a television or projector for media viewing.

As a tablet, the W510 performs quite well, certainly on par with the Surface in smoothness. Its screen lacks the fused-glass precision of the Surface RT, and the viewing angles are not as wide, but Acer has included a pleasant, colour-accurate 10.1-inch display. The 1366×768 pixel resolution is about the lowest I would accept for a device this size, but I rarely found myself isolating individual pixels; it should be fine for word processing and general web browsing.

In fact, those are the two activities the W510 excels at; while it is possible to watch 1080p video, the Atom processor is no workhorse, and doesn’t come close to emulating a true PC multitasking experience. Think second-generation netbook with a spit-shine polish. Most actions are accomplished quickly enough, but there is palpable slowdown when opening several tabs in Chrome, or trying to play a game with processes open in the background. 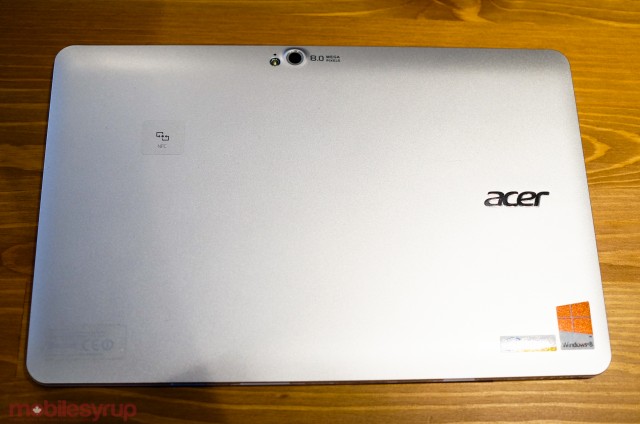 And while the tablet is great on its own — at 1.27lbs, it is extremely light and easy to hold in one hand — it works well with the custom keyboard dock that doubles as an extended battery. With the device in the dock, which is unfortuntely not well made, the W510 operates as a decent netbook replacement, though the keyboard is cramped and the trackpad is barely usable. If you’re planning to purchase the tablet, get yourself a good Bluetooth mouse. This one will do fine.

The tablet on its own lasted about 11 hours on a charge, far better than any Core-based Windows tablet. That’s the best thing about the W510 — it lasts forever. With the keyboard dock, I could barely kill it, finally hitting the red after 19 hours or so. For general productivity purposes, this is a fantastic, lightweight solution. 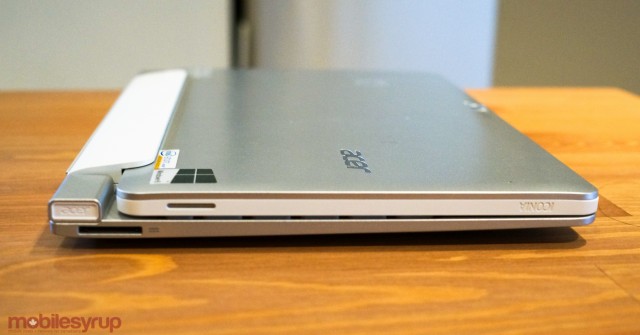 While the Iconia W510 is a great solution for lightweight work and travelling, it falls short in the performance department. The Atom architecture, while certainly faster than that of the pitiful Windows XP-based Aspire One, is almost identical to what it was a few years ago. Yes, the chip is smaller, lower-power and has an integrated GPU and memory controller, but this does not come close to offering the same versatility as an ultrabook.

It really begs the question: if you can pick up a decent entry-level laptop for the same price or, for a couple hundred dollars more, a Surface Pro, why would you go with the Iconia W510? The internal storage may not be enough for the average user, either: 64GB is too little to truly run all your PC application and store media. There is only 30GB of available storage on the Windows partition out of the box, as the operating system takes up around 13GB of space and there is an 11GB recovery partition to contend with. And, unlike the Surface RT, the W510 doesn’t come with a full version of Office, so you’ll have to purchase your own. 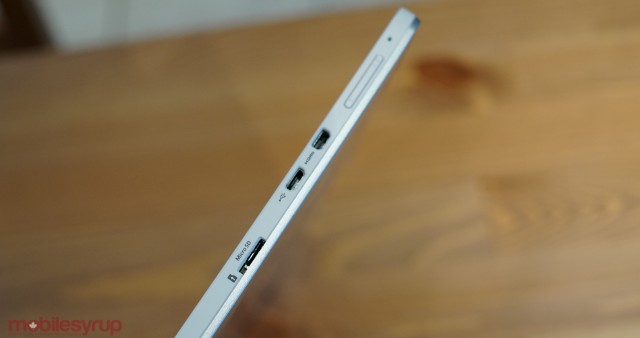 Though the tablet is thin, light and well-designed, when paired with the keyboard dock it looks half a PC, all lanky limbs and no bite. The keyboard dock, too, may not be worth the price of admission, and if it wasn’t for the included battery cell I’d recommend forgoing it in favour of a decent Bluetooth keyboard and mouse combo (I still wholeheartedly recommend the mouse anyway).

There certainly are advantages to picking up an Iconia W510 over the equivalent-sized Surface RT, as it can run Windows Store apps and legacy applications that were meant to run on Windows 7. But many of them, such as Photoshop and Lightroom, chug along at unacceptable speeds, while opening more than five browser tabs at a time tax the system to the point of freezing. And while Windows 8 may be well suited to the tablet lifestyle, it still trails iOS and even Android for slate-specific app selection. Operating the Windows desktop with just a finger is not conducive to getting stuff done, either, so you’re often put in the position of having to dock it in order to get real work done. 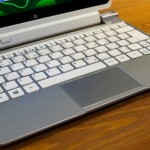 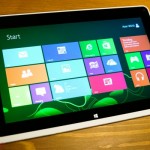 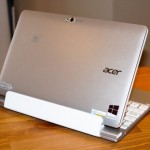 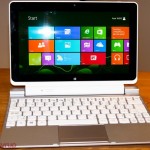 The Acer Iconia W510 is a great tablet for some things, but the Clover Trail Atom chip just isn’t powerful enough to get stuff done. If you’re looking for a tablet, there are cheaper options in the Android and iOS market that provide more slate-specific apps at a cheaper price. If you’re looking for an ultrabook and don’t need the tablet functionality, devices like the upcoming Lenovo Yoga 11S is a better choice.

Then there’s the Surface RT which, while it doesn’t run legacy Windows apps is better designed and has excellent first-party keyboard accessories. The W510 embodies the very problem Windows 8 is unable to solve: in trying to be everything to everyone, it excels at no one thing, and trails behind more focused products in peripheral categories. Neither a great tablet nor an ideal laptop, the W510 should find its niche with office workers or avid travelers who need a lightweight and long-lasting tablet that can function as a PC in a pinch.