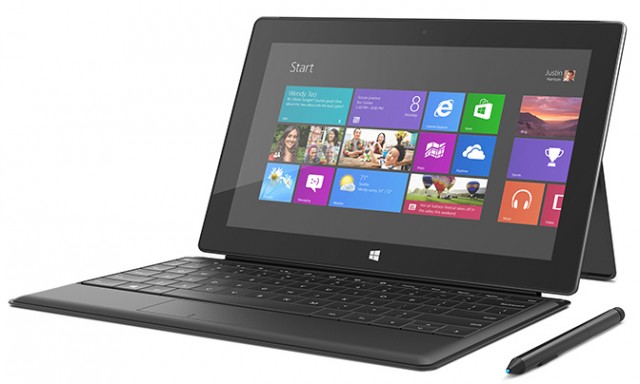 The Microsoft Surface Pro with Windows 8, now shortened to Surface Windows 8 Pro, will be released in Canada on February 9th. It’s been a long wait for the premium tablet/ultrabook, which shares a similar design with its Surface RT sibling but packs an x86-based Core i5 chip, 4GB RAM, a 10.6-inch 1920×1080 pixel screen, 64-128GB internal storage, a USB 3.0 port, mini DisplayPort, included pen input and a 42Whr battery. In other words, whereas the Surface RT was a tablet with laptop ambitions, the 2-pound Surface Pro is very much a laptop.

Because it runs a full version of Windows 8, all apps created for Windows 7 tablets will run on the Surface Pro. That means apps that have yet to make it into the Windows Store (read: the vast majority of them) will be available for download.

We’ve yet to determine whether the Canadian pricing will be identical to the U.S. version — the 64GB model sells for $899 and the 128GB for $999 without a Touch or Type Cover — but the Surface RT ran a $20 premium in Canada so we wouldn’t be surprised to see the same thing happen here. We’ll update this post when we know more.

Microsoft has some Surface computers up to $300 off