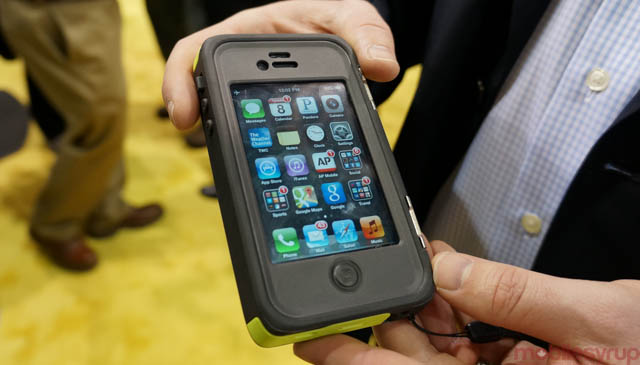 Otterbox teased its Armor series way back in June, but the new water-, crush- and dust-proof offering finally debuted at this year’s CES.

Available in late February, the company showed off models for the iPhone 4S, iPhone 5 and Galaxy S III, and said that more products in the category are coming.

Unlike its Defender series, which is enormously bulky and not worth the gruelling effort it takes to insert and remove, Armor uses a latch system that better protects the phone inside while allowing for each placement.  The port covers are incredibly secure, and the o-ring seal keeps out water, dust and debris, and protects the phone in any orientation from two tonnes of pressure. In other words, it’s incredibly difficult to damage a phone while inside an Armor case. 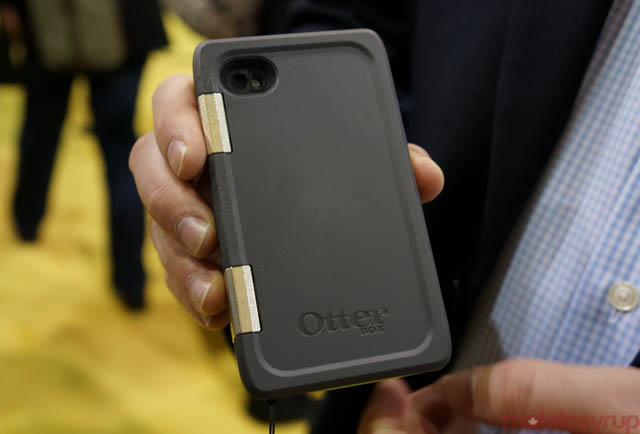 Initially coming to the iPhone 4S and iPhone 5 in Februrary, the company is boasting a Galaxy S III version for March with all of the same benefits. All Armor models include a screen cover that allows for 1:1 movement, which we confirmed when running it through out rigorous tests. We dropped it in water, stomped on it, played catch with it and throughout it all were unsuccessful in causing a lick of damage to the phone.

The Armor does indeed add a significant footprint to your phone, but it’s still easily pocketable. It also slides in and out more easily than the Defender because backing is flat, and Otterbox has thankfully done away with the belt clip as a result.

While it won’t be for everyone, we can see the Armor series replacing the aging Defender in Otterbox’s lineup. All models will be available in multiple colours, and come in at $99.95 USD. We can’t wait to get our review samples, and will do a full teardown of the case when we get one.

The company also showed off its latest cases for the Nokia Lumia 920 and LG Optimus G. They are part of the Commuter family and, as always, provide great protection with minimal bulk. We asked a representative about cases for the Nexus 4 but were met with “no plans at this time,” which was disappointing. 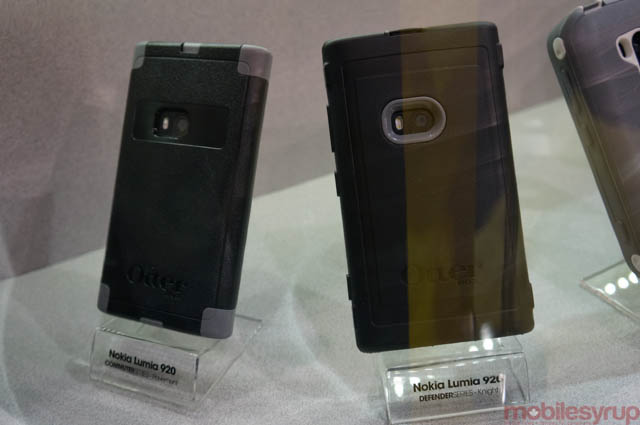 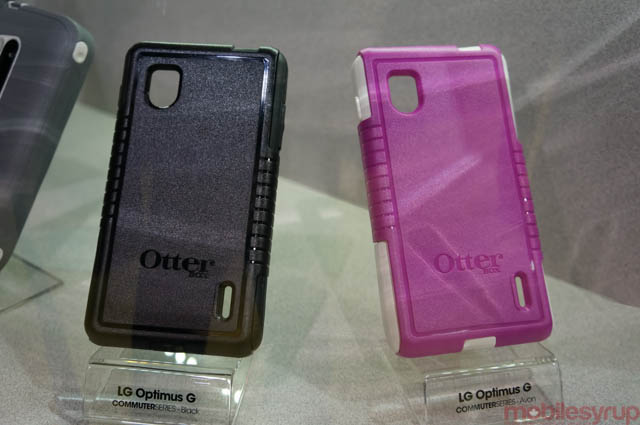