Hands-on with Acer’s cheap and cheerful Iconia B1 tablet 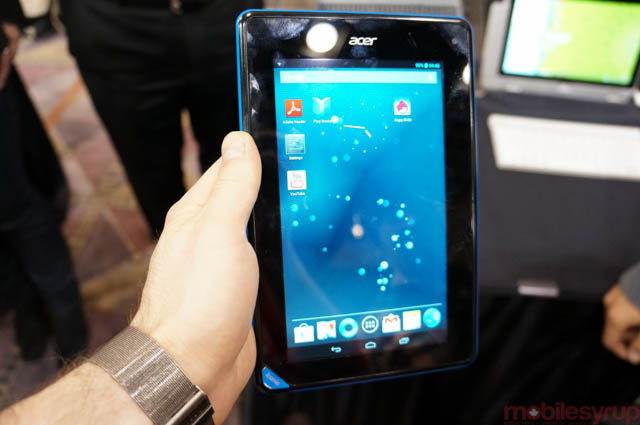 We had some time today to play with Acer’s $149 Iconia B1 tablet, a device that will probably never see Canadian shelves, but nonetheless is worth noting. The Android tablet market has come a long way since the original 7-inch Galaxy Tab, which was thicker and heavier than the B1 and cost four times as much.

Acer’s entry-level slate has a 7-inch 1024×600 resolution screen, a dual-core 1.2Ghz MediaTek processor, 512MB RAM, 8GB internal storage, and a meagre 0.3MP front camera. It runs Android 4.1.2 and is as stock as can get. In other words, it won’t win any awards, but speaks to the huge potential market for low-cost computing in the developing world, and could emerge as an important market for education and young children. 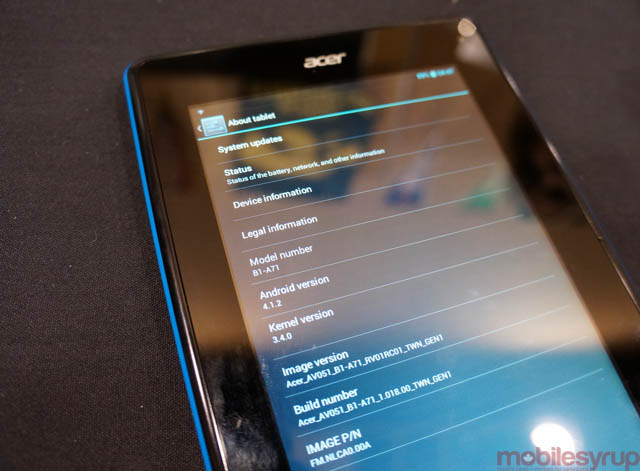 It’s made of low-cost but hardy plastic, front and back, with an interesting beveled backing and blue trim that will appeal to younger audiences. After playing with the device for a while it became clear that, despite the newer software, this thing is not going to play the latest and greatest apps, but it will work just fine as a casual reading, browsing or gaming device. 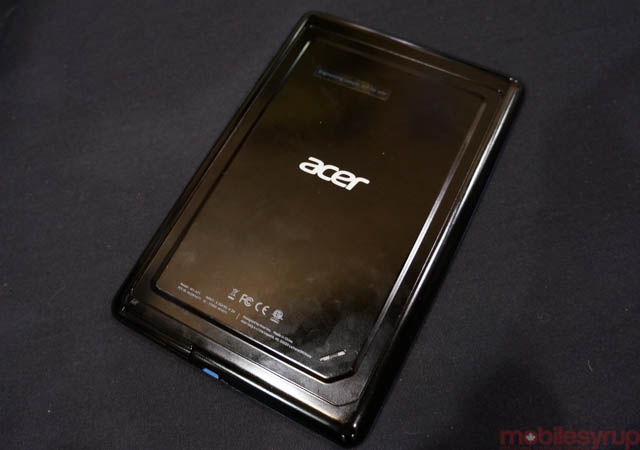