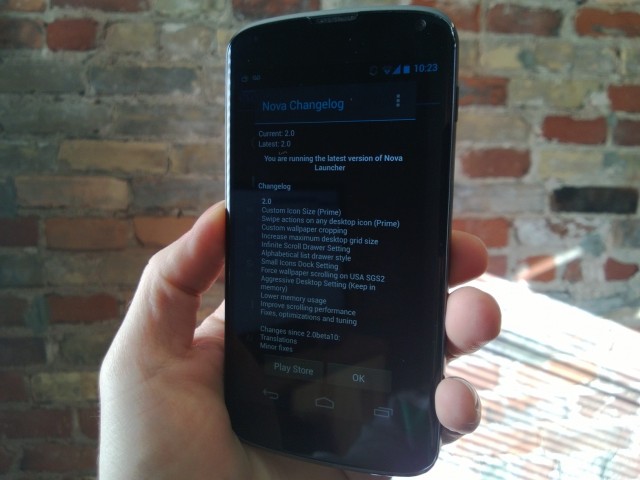 One of the consistently best launchers available for Android is Nova Launcher, a 4.0+ custom app launcher based on Google’s stock code. It has many, many improvements over the one that comes preloaded on Nexus devices, and allows users tired of manufacturers’ bloated and often ugly launchers a chance to dabble with the best of the best.

Users of the free version don’t get a few premium features, such as the custom gestures on which I rely every day to improve my workflow. I prefer Nova Launcher Prime over any other launcher on Android, though I plan to delve into the top ones in a future post.