Rogers report says Canadians have Nomophobia, plus 82% use their smartphone in the bathroom 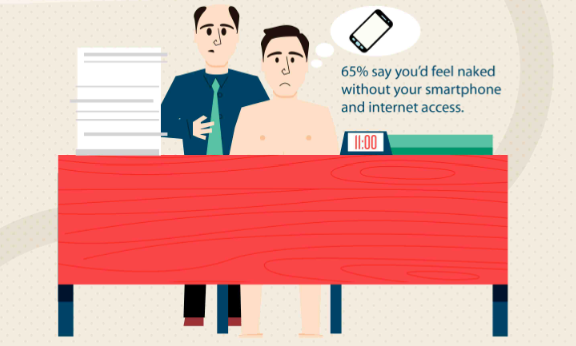 Rogers has released their “Rogers Innovation Report” and is a quarterly survey that focusses on a specific trend in technology. This quater they focussed on the top technology trends and predictions for 2013. The survey was conducted between November 15th to November 19th, 2012 of 1,040 Canadians that own and use a smartphone or tablet.

Rogers noted that us Canadians have Nomophobia, which is the “state of stress caused by being away from your smartphone.” They found that 65% feel naked without their smartphone and Internet access (I can vouch for that one). 55% check their mobile device before brushing their teeth in the morning and 51% sleep with their device next to them (up 12% from last year). In addition, a high 82% use their smartphone in the bathroom. Here are more findings:

As to what the future holds:
– 80% believe that we’ll be more connected to the web via our mobile device than our computer
– 67% think that mobile payments will take off in 2-years
– 45% are expecting to save 2-hours by 2017 by having faster internet
– 44% believe that within 5 years babies will be using technology before they can walk