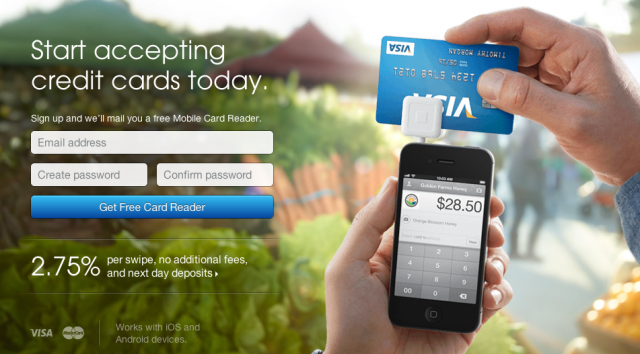 The Square payment system officially launched in Canada on October 24th. At the time they claimed to have 2 million users around the world and processed over “$8 billion in annualized payments.” Today, via an email to us, Square said they now have 3 million active users and jolted upward and processing an impressive $10 billion in mobile payments.

There’s no word on how many of the 3 million, or the $10 billion, is directly from Canadians. We reached out to Square and they noted that “We haven’t released any numbers on the amount of Canadian dollars that have been processed or the number of businesses that have signed up – so far we’re really happy with the excitement we’ve seen from Canadians.”

The Square Card Reader allows businesses to process credit card payments (Visa and MasterCard) via your iPhone, iPad, or Android device. It’s free from the Square site, but they’ve now struck up a distribution agreement with several Canadian retailers, specifically Apple, Best Buy, and Futureshop. This will help the adoption rate and the price is set at $9.99, but Square will then issue you a $10 rebate – so it’s still free. To make this work you’ll have to sign-up via Square and download the app. For small businesses it’s certainly something to consider.