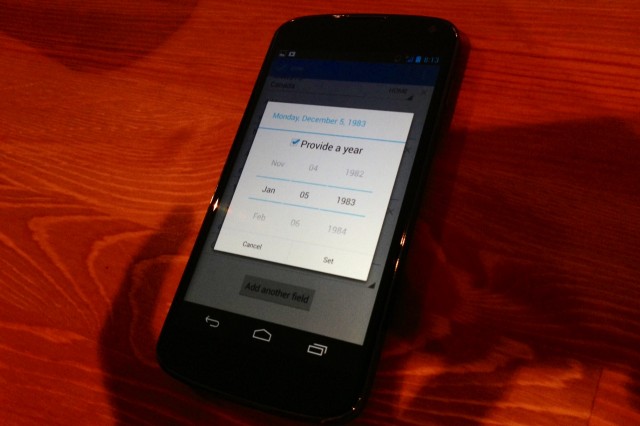 Google has promised a quick fix to its “December” bug in Android 4.2. A few days ago it came to light that the month of December was not selectable in the birthday section of the People app, making it impossible to select someone’s birthday in the last month of the year.

We discovered a bug in the Android 4.2 update, which makes it impossible to enter December events in optional fields of the People app (this bug did not affect Calendar). Rest assured, this will be fixed soon so that those of you with December birthdays and anniversaries won’t be forgotten by your friends and family.

That’s good, because we were worried. While we’re not certain when the update will be pushed out, expect an OTA update for the Galaxy Nexus, Nexus 4, Nexus 7 and Nexus 10 in the coming days.