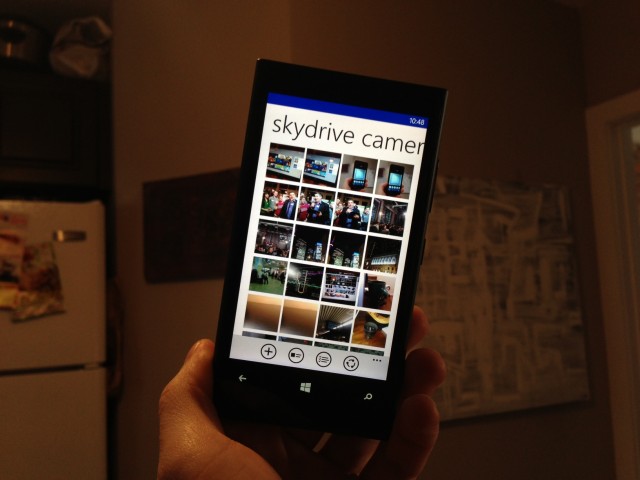 If you’re one of the lucky few who has got his or her hands on a Nokia Lumia 920 (or some other unreleased Windows Phone 8 device), you can now take advantage of the new SkyDrive app.

Microsoft has updated its SkyDrive app to support the new Windows Phone 8 OS, and has added some cool features to go along with it.

Because of the added processing and networking speed built into the new crop of WP8 hardware, SkyDrive now allows for full-sized photo uploads and video, and loads up much faster than previous versions. It also allows for searching files and folders, something we’ve been waiting for since its release on WP7.

You can download SkyDrive for Windows Phone 8 in the Windows Store.