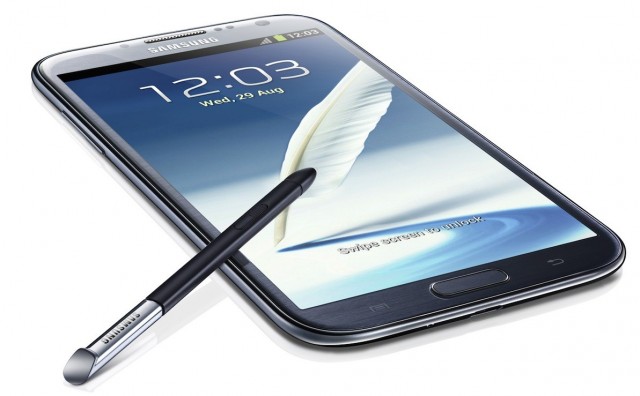 The Samsung Galaxy Note II and its accompanying S PEN are now available in Canada. This massive 5.5-inch Jelly Bean phone/tablet will be available at TELUS, Rogers, Bell, SaskTel, WIND, Mobilicity, and Videotron, but your chances on scoring one today might be a bit challenging.

According to note on the Samsung Canada Facebook page says that “We are working hard to get inventory to all of our carrier and retail partners, however in-store availability will be scarce until we get our full supply to stores over the next two weeks.”

The Note II is a follow-up to the original Note, but specs have been slightly bumped up. Rogers, TELUS, Bell and SaskTel will all have LTE-capable devices, but WIND, Mobilicity and Videotron’s will have HSPA+ speeds. The Note II comes with a 1.6 GHz quad-core processor, OS 4.1 Jelly Bean, 8MP camera that captures 1080p HD videos, a 1.9MP front-facing camera, expandable memory up to 64GB with microSD card, 3100mAh battery. As for the S Pen, you can now hover over the display and it detects your actions, plus the handwriting recognition has been improved. In addition, new features include Air View, Popup Note, Quick Command, Easy Clip, and Idea Vizualizer.

We’ll have our full review up shortly.