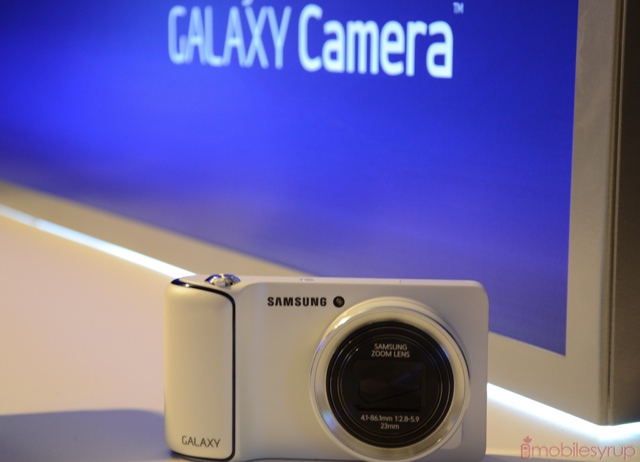 Tucked away at the lavish, Kanye West-filled Samsung Galaxy Note II party on Thursday night was a small table dedicated to the upcoming Galaxy Camera.

We’ve heard rumours and conjecture that the camera will come to Canada late this year or early next year in both WiFi and 3G varieties. AT&T has already announced support for the 16MP shooter, though we’re unsure whether the carrier will offer it on a 2-year term like it does its phones, or go the iPad route and offer month-to-month data deals.

The Galaxy Camera is the second such device to be launched in recent months, coming only days before Nikon showed off its Android-powered S800c P&S. The difference, however, is in the execution. Samsung seems to have done a much better job at making its camera a cohesive product, not just a heap of disparate features. 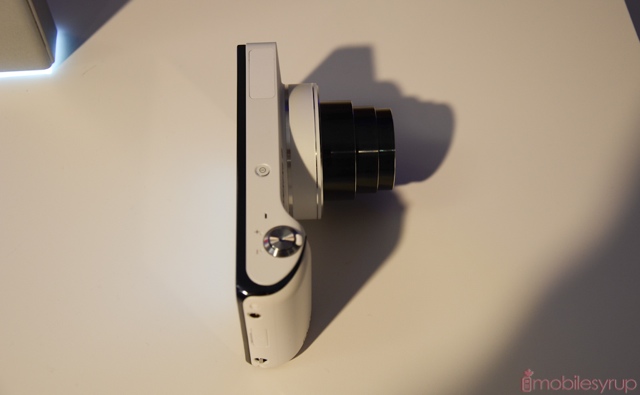 While the Galaxy Camera isn’t pocketable, it has a high-quality plastic build and nice right-side grip for one-handed usage. Holding down the shutter button, either when the phone is off or inside an app, will start the camera itself, which looks much the same as its Galaxy phone counterparts but has a few perks.

The lens is a built-in 23mm variety with 21x optical zoom for an 86.1mm equivalent focal length at full zoom. There is a 1Ghz quad-core Exynos processor inside and a 720p touch screen on the back. The phone runs a variety of Android 4.1.1 Jelly Bean. It comes with WiFi, A-GPS and a number of other sensors to provide a full smartphone-in-a-camera experience. In other words, you’ll be able to use the Galaxy Camera like a phone as much as a camera (except for the lack of explicit voice capabilities). 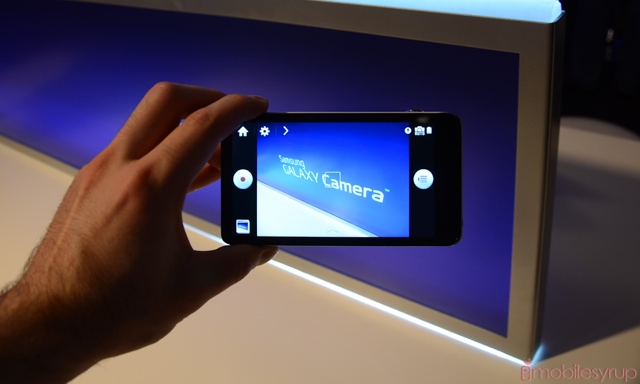 I tested the speed of the shutter and it was instantaneous, faster than any smartphone on the market. The app launches quickly, too, so despite the Android lineage there doesn’t seem to be any significant memory overhead. 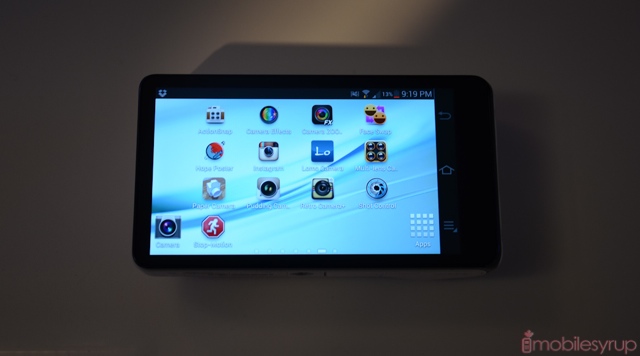 Of course, the apps are the biggest potential draw here, giving you access to third party editing suites such as Camera Zoom FX, as well as favourites like Instagram, Facebook and Twitter. While a 3G connection may be superfluous in an age of LTE tethering, if Samsung can price the Galaxy Camera reasonably, I have no reason to believe it won’t be a huge hit among the amateur photography crowd.

An interesting turn of events, too: the Galaxy Camera uses Android’s on-screen navigation buttons, which change orientation depending on whether you’re holding the device in portrait or landscape mode. And while the software certainly resembles TouchWIZ, you can tell that Samsung didn’t just copy and paste the existing Nature UX onto the camera: it is tailored specifically for the screen size and inevitable usage differences. 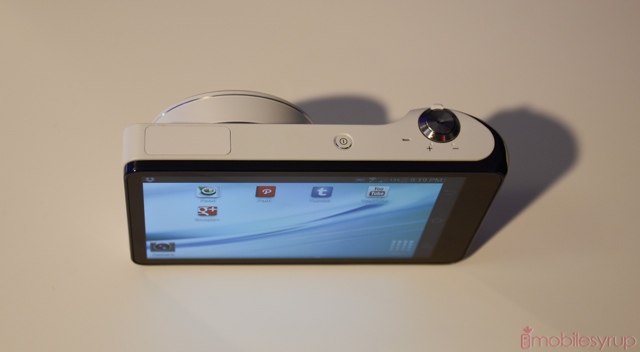 From our brief time with the camera, it looks like Samsung has put a lot of thought into the product. It’s not just a throwaway experiment, and could breathe life into the point-and-shoot market, something it desperately needs.

We’ll bring you any Canadian availability announcements as they come in. 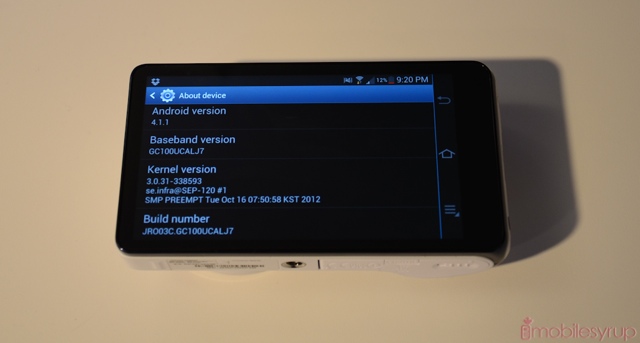 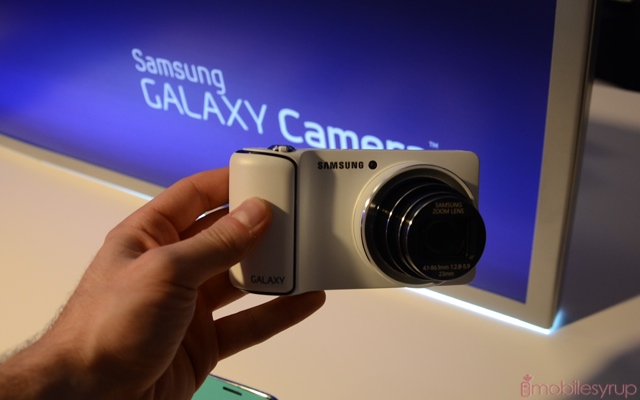