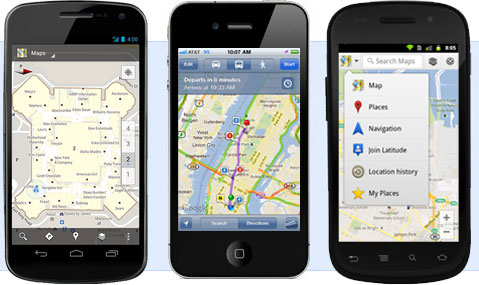 Some good and bad news coming out of the mobile maps arena today. A jailbreak hacker, Ryan Petrich, says that he has figured out how to port the Google Maps app from iOS 5.1 to a jailbroken version of iOS 6 on his iPhone 3GS. While the app itself isn’t as stable as he would like it to be, the real bad news is that he likely won’t release it to the public.

He tweeted out that he got the app working relatively well on his jailbroken 3GS but it’s currently prone to crashes and other misbeheaviour. He also doesn’t want to draw ire from either Apple or Google, so he’s keeping the port to himself at the moment.

Google and Nokia have publicly stated, since this iOS 6 Maps fiasco began last Wednesday, that they encourage users to use the mobile web-based versions of their respective mapping services. While it doesn’t step in for a native app, it may work as a pretty good second opinion.