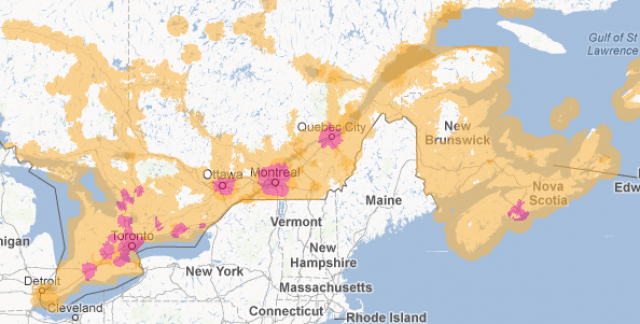 Koodo Mobile ever so quietly launched their LTE service yesterday. Their first device is the Apple iPhone 5 and as for the specific coverage, it’s the same as parent-company TELUS’. They currently list various locations in British Columbia, Alberta, Saskatchewan, Manitoba, Ontario, Quebec, Newfoundland & Labrador, New Brunswick, PEI and Nova Scotia.

TELUS has a goal to bring LTE speeds to 25 million Canadians by the end of the year and it seems Koodo will also benefit as they also show expansion plans. As for speeds, the “peak download speeds of up to 75 Mbps (expected average speeds of 12 to 25 Mbps.”

Check out the full coverage map here at Koodo