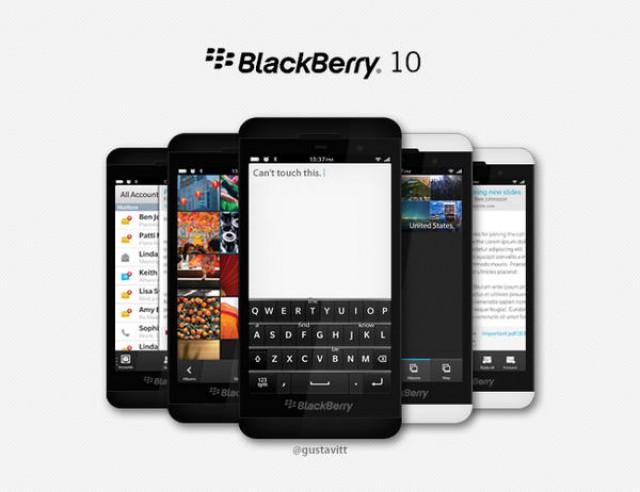 Plenty of pics and videos of RIM’s upcoming all-touchscreen device has leaked online. RIM stated themselves that the hardware has been completed and the finishing touches on the software, BlackBerry 10, are being completed. It’s not known what colours RIM will come to the tablet with, presumably a black version, then later follow through with hopefully a white version. Designer “Gustavitt” posted on Twitter a solid rendering of what the devices could end up looking like, pleasantly posting on the display “Can’t touch this.”