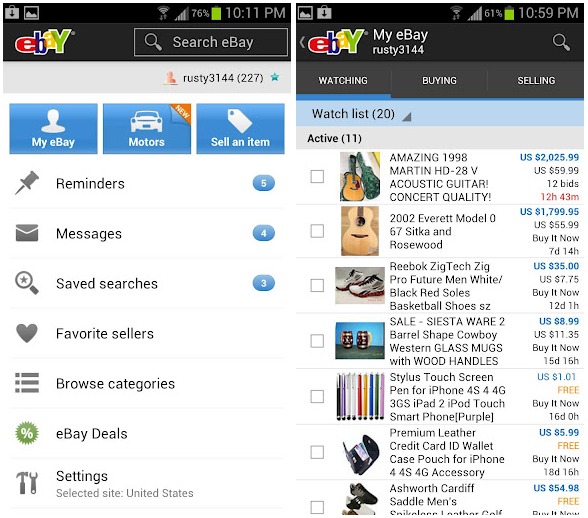 eBay’s Android app was always very functional, but no one would have described it as pretty. As the company matures (it’s just turned 17!) and its focus shifts to mobile, its product design team must have recognized the importance of having a functional and attractive eBay app for Android.

Version 2.0, released today, introduces a new simplified navigation experience that makes it easier to check internal messages, items currently bid on, favourite sellers and saved searches, among other things. The interface is clean and no longer relies on a silly drop-down menu that drew on many of the limitations in earlier versions of Android.

While the company’s Motors section isn’t yet available in Canada, eBay says it will be rolling out to other countries soon. Until then, you can use the updated My eBay portal to check bidding history and other stats about your account.

The company is also introducing a new logo as it moves forward into the mobile-centric future. eBay is boasting 100 million app downloads and over $10 billion in mobile volume transacted as of July 2012. Those are huge numbers and points to the predominant trend in online payments: mobile.