New YouTube app for iPhone released, iPad will be available “in the coming months” 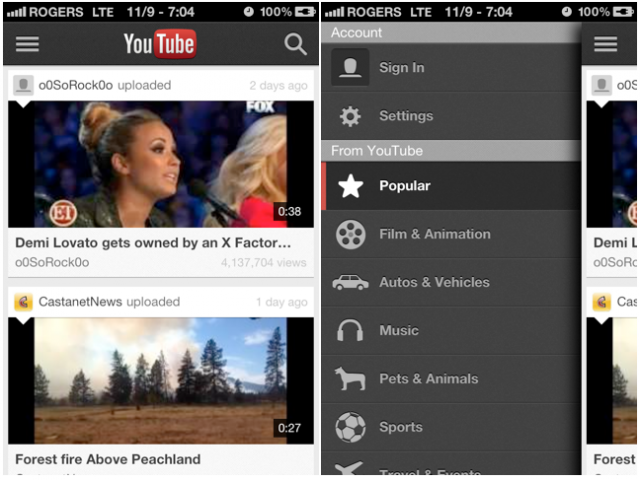 Last month it was revealed that the official YouTube app would not make an appearance in Apple’s upcoming release of iOS 6. The reason given was because Google’s “license to include the YouTube app in iOS has ended.” Google said that a new YouTube app was in the works and today they’ve delivered on their promise and launched version 1.0.1.3063 – this is currently available for iPhone and iPod Touch users. If you have an iPad, an “optimized version” of the app will be released “in the coming months.” As for the new features, the YouTube app has a fresh new design, swipeable channel guide, faster search capabilities, and sharing options to Google+, Facebook and Twitter.