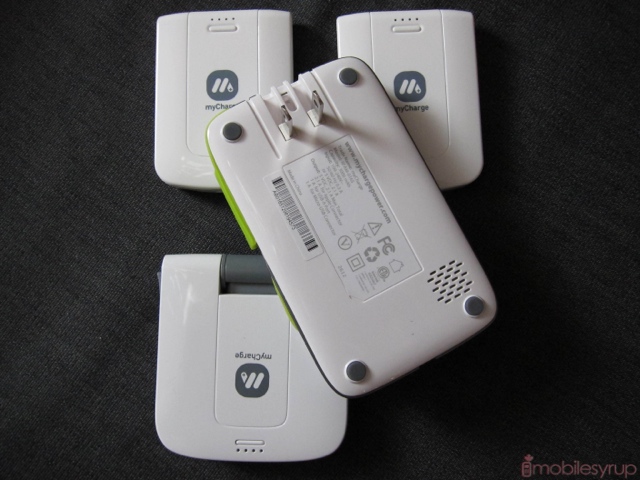 myCharge has forged itself a nice little niche market with its portable battery pack line for smartphones. Reinvigorated with a new colour scheme, the brand focuses on what people want most — device uptime — across multiple price points.

The line consists of five products, with a price range of $39.99 to $109.99 depending on the size of the internal battery.

The cheaper devices don’t have much extra battery storage — barely enough for full charge on the average smartphone — but are so inexpensive and portable it doesn’t matter. For $40 you can toss it in your day bag and make sure that you always have enough juice for that emergency phone call.

Both the Sojourn and Voyager have LEDs (and little chimes) to indicate charging levels, and can be charged themselves with a built-in full-sized USB cable. The Voyage, which has a microUSB cord, always came with me regardless of the size of the bag.

Each battery cell, regardless of size, is lithium polymer and rated for 500 recharges. 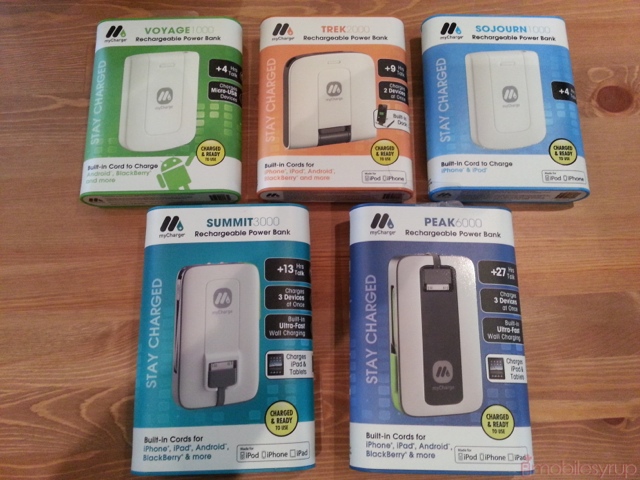 The Trek 2000 is an interesting beast because, in addition to a standard microUSB slot, it doubles as an iPhone charging stand. With 2000mAh onboard, it can recharge to 100% the vast majority of Android devices, as well as the iPhone 4 and 4S from dead. 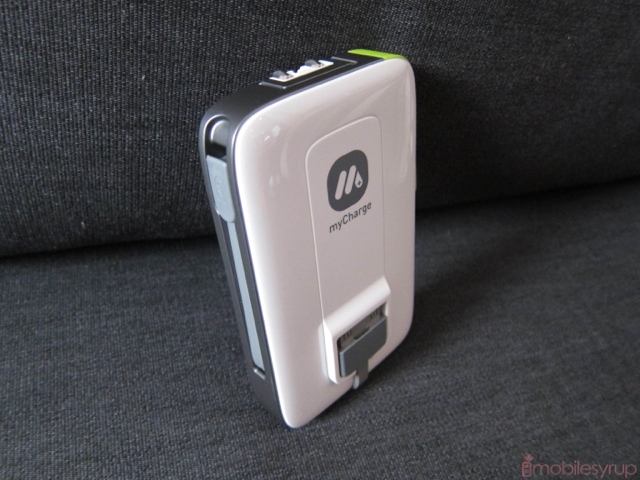 The real stars of the show, though, are the Summit 3000 and Peak 6000. At 3000mAh and 6000mAh respectively, they’re both considerably heavier and bulkier than the others, but such sacrifices come with a few notable advantages. First, both battery packs talk. That’s right, when you plug them in, either with the built-in AC charger or using the full-sized USB cable, the Summit and Peak will tell you its charge level in a pleasing female voice. When you plug your phone in, she will say, “Phone charging,” or when unplugging, “Phone disconnected.” They’re completely unnecessary but fantastic little touches that make the devices feel premium.

The Summit 3000 and Peak 6000 have identical designs: there is a grey microUSB cord protected by rubber on one side (in fact, all the devices use the same protective coating for the microUSB) and a green full-sized USB on the other for charging either the battery itself, or a third-party device with a USB input (it performs double-duty as an input and an output). On the front is an Apple iPhone or iPad charger. The Apple charger can output 2.1A at 5V, more than enough for an iPad, and both the Summit and Peak can charge up to three devices at once, for a total output of 3.1A.

The 3000mAh battery in the Summit can charge the average smartphone twice; the 6000mAh in the Peak four times. They’re amazing little tools, and for $100 essential for road-trippers, frequent travellers or just heavy users. 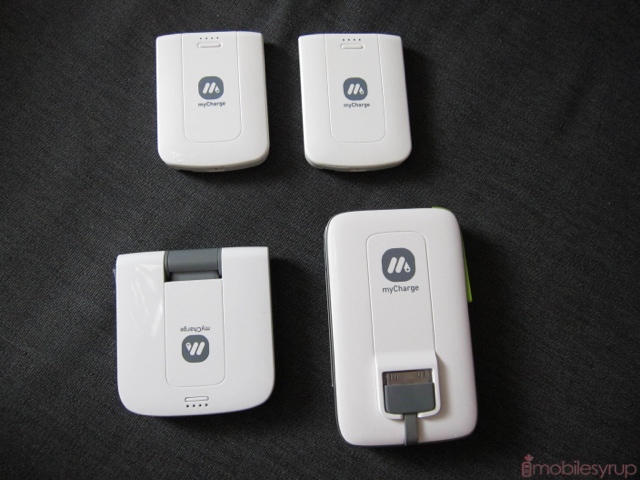 The myCharge line is available exclusively at Best Buy and Future Shop, and is currently available.