Is this the new iPhone’s nano-SIM tray? 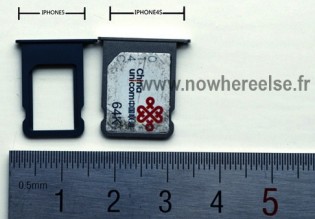 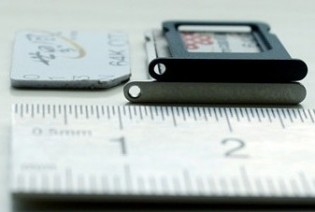 The new iPhone could be the first device with a nano-SIM slot, just as the microSIM is taking hold in the market. Apple has never shied away from making drastic design changes in the name of saving space, and it looks like the newly-adopted standard will debut in the new iPhone.

According to French site Nowhereelse.fr, parts have leaked showing off the new nano-SIM tray for the upcoming iPhone. Indeed it looks around 40% smaller than existing microSIM cards, though we wonder whether other manufacturers will be as eager to change to this slightly-smaller design as quickly as they did its predecessor.

The saved space from the inclusion of a nano-SIM slot will be minor, but it may allow Apple to shave off a couple millimetres for other components, which means either a bigger battery or a thinner body. Excited yet?