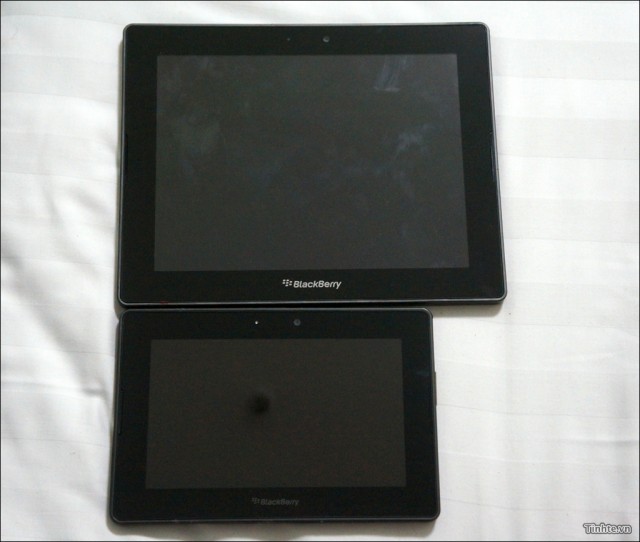 RIM has sold over 1.3 million 7-inch BlackBerry PlayBooks and the new 4G LTE enabled tablet is launching soon. Now, according to leaked images by Vietnamese site Tinhte, a 10-inch version has popped up online. Back in 2011 RIM potentially cancelled this version to focus efforts on the upcoming BlackBerry 10 smartphones, but it recently made an appearance in a leaked roadmap, potentially called the BlackForest, with an in-market date sometime around Q3 2013 period. The known specs are that the it’ll be a 3G or 4G model and has a 7250mAh battery.

Source: Tinhte
Via: Engadget
(Thanks Todd!)

How low can you go: 32GB Wi-Fi PlayBook dropping to $118 outright