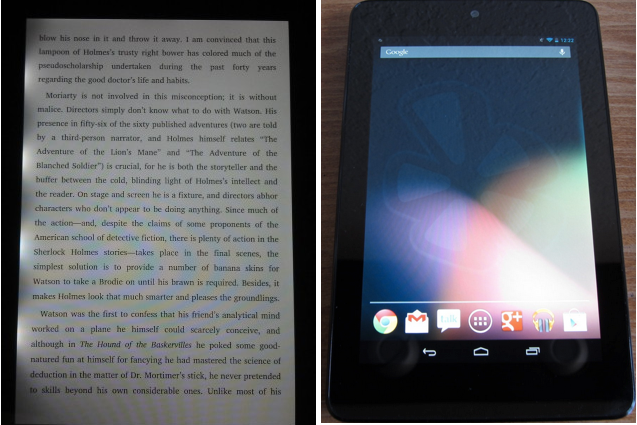 The Nexus 7 is a great piece of hardware for the price, but there are an increasing number of complaints based on poor quality control. Buyers are reporting backlight bleeding, an issue that regularly affects tablets in the lower price range, though Asus seems especially prone to the issue. Image retention, or shadowing, has also been reported by users, whereby the remnants of a previous image will underlay the current image, as seen above.

A third issue stems from separation of the back cover due to loose screws. Users have found success by securing the several screws they found to be only 70-80% tightened, but the issue should never have been one in the first place.

Other issues include dead spots on the touchscreen, dead pixels, screen flickering and loose microUSB ports.

Google hasn’t released any statements addressing these issues, but users are encouraged to follow the RMA process through their support website.

Does your new Nexus 7 have any of these issues? Ours doesn’t, but at this point we’re considering ourselves lucky.