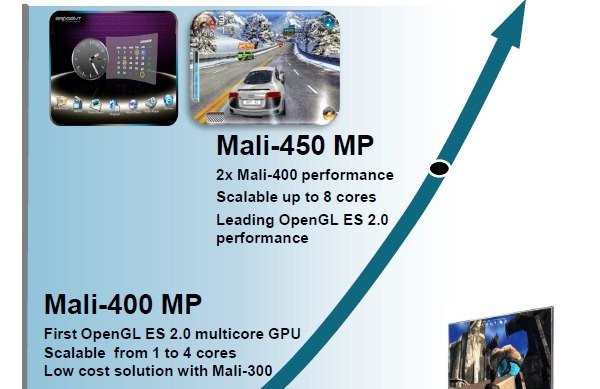 ARM has already proven itself a true competitor in the mobile processor space, designing the baseline SoCs for many popular Android devices. But its prowess in GPU design, while less well known, is also considerably worthy. The company designed arguably the fastest Android GPU to date in the Mali-400 MP that is in both the Galaxy S II i9100 and international Galaxy S III, and now it is introducing the Mali-450MP.

Expected to produce twice the performance of the 400 per core at the same clock speeds, it is scalable up to eight cores. Most smartphones will choose to use only a quarter or half of those cores due to battery life considerations, but the eight-core Mali-450 MP could be a beast inside a future Android tablets. 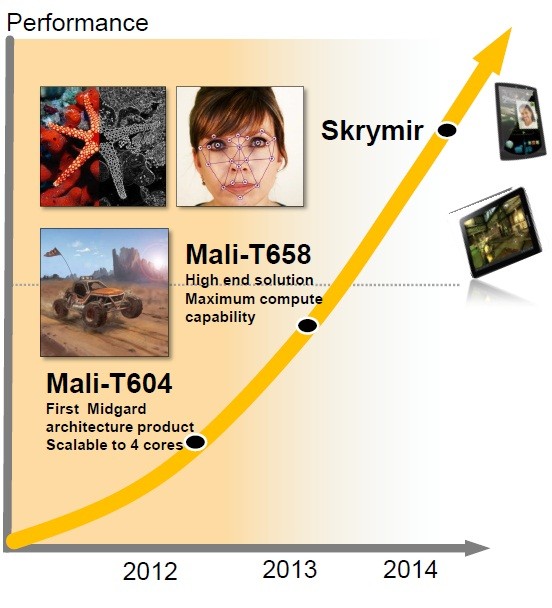 ARM is also renewing interest in its high-end Mali-T604 architecture, also known as Midgard, that we previously talked about. This is the monster GPU that will hopefully see the light of day by the end of 2012. Moving beyond that, well into 2013, is the T658 and, further still, the Skrymir chip which will inevitably blow our socks off.

The Mali-450MP will slot in nicely in the quad-core Android family of devices, and we’re hoping to see it in devices by the end of the year.