Apple’s not even trying to hide it: iOS 6 banners go up before Monday’s WWDC keynote 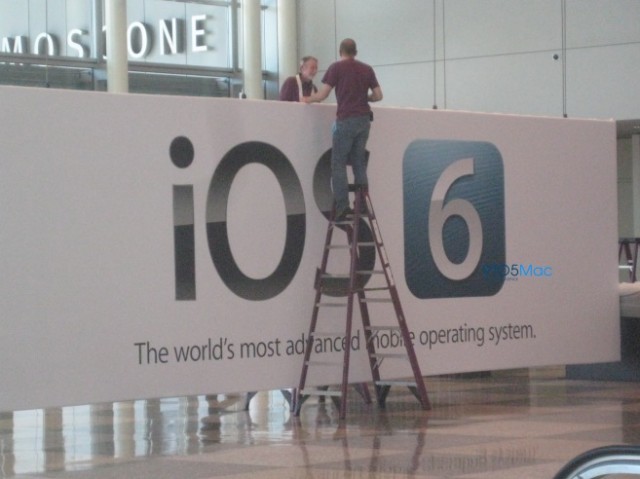 Apple usually keeps its secrets quite close to its chest, especially when it comes to product launches. But since everyone already knows that iOS 6 is coming — there have been numerous iOS 6-based leaks, including a new Maps app — perhaps Apple felt like secrecy was secondary to immediacy.

Workers have been spotted outside the Moscone Centre putting up posters for iOS 6, “The world’s most advanced mobile operating system.” That should get some debate going, no?

Be sure to stay close to the site on Monday at 1PM EST for the full scoop on iOS 6 and whatever else Apple plans to release.