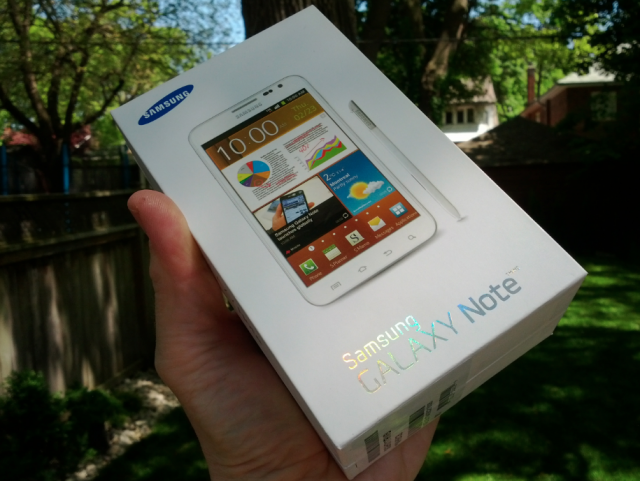 Update: Another contest is over. We’re happy to announce that Twitter follower Hubert Figuière has won the Galaxy Note in White!! Congrats Hubert!! More contests coming up, specifically a beautiful Android device.

There’s nothing like bringing in the great Canadian weather with a great giveaway! This time around we have the a White version of the Samsung Galaxy Note! This phone/tablet was released back in February, comes with Samsung’s S Pen and will be upgraded to Android OS 4.0 in the coming weeks. Specs wise it’s LTE-enabled, has a 1.5Ghz dual-core processor, 8MP camera that records 1080p HD videos and a huge 5.3-inch display. We like the Note and you can have a gander at our full review here.

As usual, all you have to do is either follow us and re-tweet this contest on Twitter (@mobilesyrup), “Like Us” on Facebook (Facebook.com/MobileSyrup), or join us on Google + or our Forum. All current Facebook, Forum, Twitter and Google + followers are automatically entered. This contest closes June 4th and we’ll announce the winner shortly after.