First “Google Phone” renders from 2006 made available in Oracle suit 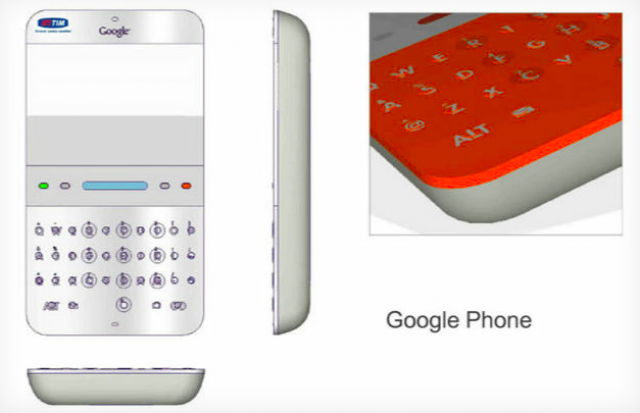 Renders of the first Google Phone, a precursor to Android, from 2006, have been made available as evidence in the Oracle-Google lawsuit that is currently taking place. This phone was shopped to carriers as potential relief from “basic phone user interfaces,” with which unlimited data plans could be combined as a winning combination.

The first Android device debuted two years later as the G1, which was a natural extension of the Google Phone that the companies shared in 2006. Oracle is using the phone as an example of Android’s early ties to Java, which at the time was not touchscreen-capable and instead relied, like the BlackBerry, on a direction pad and QWERTY keyboard.

But the idea of bridging the gap between the relatively accessible yet simple interfaces of “dumb phones” with the highly-profitable enterprise of contracted data plans was something Google intended to work with carriers to produce. As an initial render, the Google Phone now seems rather primitive, but back then, before the iPhone, this was about as sophisticated as it came.